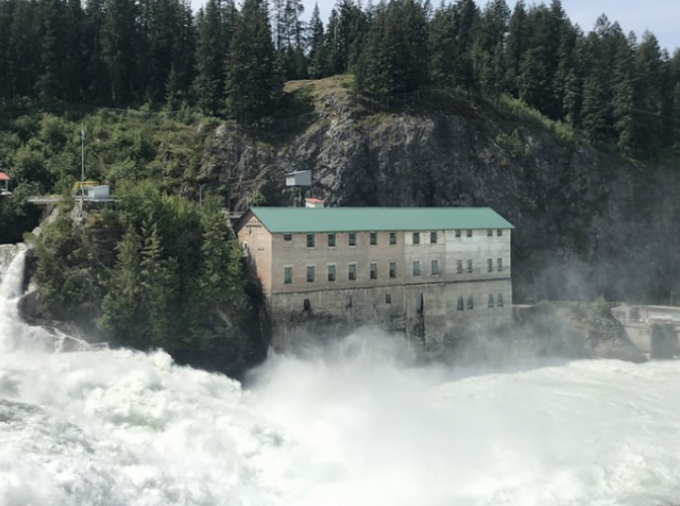 The tire kicking has begun as the city’s utility prepares for the possibility of walking away from its rural customer base and handing it over to a private utility company.

Nelson Hydro’s general manager Scott Spencer confirmed Monday night in an online general rate application presentation that it is considering the idea of delivering its rural service over to FortisBC, part of the largest privately-owned utility company in Canada.

Should the rate application currently before the B.C. Utilities Commission be turned down, Spencer noted, Nelson Hydro could look to divest itself of its rural ratepayers — which the company has deemed revenue neutral.

Currently, Nelson Hydro has a cost of service analysis (COSA) and rate design application (RDA) before the BCUC, proposing an 18 per cent increase over almost four years for rural Nelson Hydro customers to account for the rising costs and the delivery of service to rural areas.

“We did make public that there were discussions with FortisBC and they expressed interest in acquiring the rural area,” Spencer said during the question period at the end of the presentation.

He said FortisBC is conducting its due diligence right now, asking questions of the operation. There will also be some FortisBC staff touring the Nelson Hydro facilities in the month of October, Spencer explained.

“(City) council has directed me to keep our options open in terms of how we are going to be moving forward,” he said of the process and the BCUC application.

There are three scenarios, Spencer said: receiving the rate design approval; moving the rural customer base to FortisBC; and restructuring Nelson Hydro.

The rate design application with the BCUC is actually a lesser cost for rural customers than moving to FortisBC, said city chief financial officer Colin McClure when he spoke on the issue last month.

“Nelson Hydro recognizes that the rate increases proposed in the applications before the BCUC represent a potential hardship to its customers, which is why it has endeavoured to mitigate the impact by spreading the increases out over almost four years,” said McClure.

“(E)ven after the proposed rate increases, rural customers will still be paying less than their neighbours in the region supplied by Fortis BC.”

Nelson Hydro is now submitting final arguments to BCUC on the RDA and COSA, then there will be another period of questions before a final decision is handed down, likely early next year.

In July BCUC approved Nelson Hydro’s 2021 application for a general rate increase but, with that, Nelson Hydro was asked to do a number of things with respect to the approval.

The first order was to resolve confusion for rate payers with payment, with a year-long rate having to be approved for Jan. 1 instead of April, eliminating the need to have a higher monthly percentage to account for nearly four months of backdated increases.

As well, the city-owned utility will need a five-year vegetation management plan — more detail will be available at Nelson Hydro’s open house in November — and a capital plan that addresses reliability.

Spencer said the BCUC asked them to work with FortisBC on finding a solution to the loss of supply outages that Nelson Hydro frequently endures.

In order for the rate to be ready for the Jan. 1 date Nelson Hydro had to submit its operations and capital budgets early to support the case for the rate rise.

If Nelson Hydro receives approval on the general rate application it will mean a continual rise in rates for the foreseeable future.

Spencer said the rise over the next five years will allow the utility to conduct the work that BCUC has outlined.

“They reflect the priorities that Nelson Hydro has and the city has, as well as the BCUC in terms of improving reliability and investing in infrastructure to provide better service to our customers,” he said.

In addition, Nelson Hydro is looking at establishing a storm reserve budget to help deal with the cost of the extreme weather events that have plagued the city in the last few years.

“For 2022, we want to move forward with the 2.5 per cent rate increase, as well as for years beyond 2022 until we know what is happening with the rural customers and the residential rates there,” Spencer said.

“It looks like that is a reasonable thing to do, given that we do not know what is happening with our cost of service analysis.”