Safety in taxis for Indigenous women in Winnipeg a long-standing concern: advocates 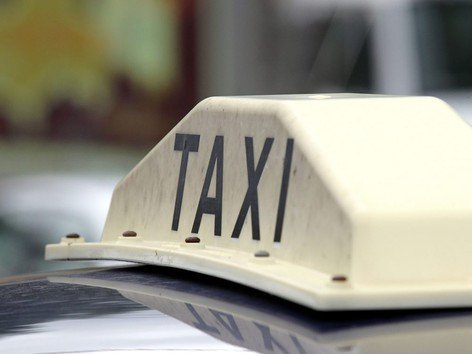 “We have heard so many times just through word of mouth where women and often young girls have felt vulnerable in a taxi,” McLeod, a board member of the Winnipeg-based Manitoba Moon Voices (MMV) organization said.

“It is something that we hear all the time, and we’ve been hearing it for a long time.”

MMV works in a number of ways to empower Indigenous women in Manitoba, and help them to succeed, and McLeod said looking out for the safety of women and girls is an important aspect of what they do.

When news came to light recently that charges had been laid against a Unicity Taxi driver after an incident back in September involving an Indigenous woman, McLeod said he hoped the incident would “start a conversation” about the taxi cab industry in this city, and its dealings with Indigenous women and girls.

On Oct. 6, Winnipeg Police charged a Unicity Taxi driver with forcible confinement and assault in the case of Serenity Morrisseau, a 19-year-old Indigenous woman who alleges the driver assaulted her, locked her in the car, and dragged her with the vehicle, during an incident in the early morning hours of Sept. 26.

Charges against the taxi driver have not been proven in court.

McLeod called Morrisseau “brave” for coming forward, because he said he knows that many Indigenous women in similar situations often do not report, because he said they don’t feel comfortable going to the police.

“It is so important to show others that they should be able to come forward, and it is important so we can get to the truth of what really happened.”

There are a number of factors involved in the issue of Indigenous women feeling vulnerable when in a taxi, according to McLeod.

“A lot of Indigenous people are dependent on taxis in this city and in other towns in the province, so there is that dependence, but there is also that vulnerability of being in a vehicle that is often locked, and where the whole situation is highly in the control of the driver,” he said.

“And we have a very young population of Indigenous women and girls in this city, so those layers of vulnerability are just compounded in many of these situations.”

NDP MLA and longtime advocate for Indigenous women and girls Nahanni Fontaine said that long before the Oct. 6 arrest of the Unicity driver, that Indigenous women have consistently felt threatened when getting into a taxi in Winnipeg.

She added that many, including herself, have a “safety plan” in place for taxi rides.

“Every Indigenous woman that I know including myself takes precautions and measures when they enter a taxi,” Fontaine said. “Indigenous women will start filming or take pictures of the taxi and the taxi ID, because they just know that’s what they should do, so as Indigenous women we all experience it.

“It’s a huge issue that I’ve been hearing about for more than 20 years.”

Fontaine said that in her previous career with the Southern Chiefs’ Organization she worked for years in the organization’s justice department, and often fielded complaints from Indigenous women about the conduct of taxi drivers in the city.

“As soon as I started working there in 2002, complaints about taxi services starting coming before me consistently, and some of these cases were really egregious and serious complaints that even made it to the courts, so this has been on my radar for many years,” she said.

After the Oct. 6 arrest of the Unicity Taxi driver, the Assembly of Manitoba Chiefs (AMC) put out a statement saying they have been calling for changes to the taxi industry in Winnipeg and throughout the province, and its dealings with Indigenous people for years.

“In July 2019, the AMC Chiefs-in-Assembly passed a resolution which called on all levels of government to put added measures in place that would protect First Nations women and girls who use taxi services,” AMC said in their release.

In a statement sent to the Winnipeg Sun, Winnipeg Police spokesperson Const. Dani McKinnon said police will take any and all calls made to them seriously, and asked that any complaints regarding the conduct of taxi drivers be brought directly to police.

“Upon receiving a report, the WPS reviews and thoroughly investigates in a fair and impartial manner,” McKinnon said. “Each investigation comes with its own unique set of circumstances and evidence that is methodically reviewed.

“Sometimes evidence substantiates the laying of criminal charges, while other times there is not sufficient evidence to lay a criminal charge. Either of these outcomes is explained to the originating complainant/victim.

“The WPS encourages all complainants/victims of any criminal offence to make a report.”