Court of Queen’s Bench Justice D.N. Robertson wrote in his May 18th decision; “That the entirety of Council of the Rural Municpality of McKillop No. 220 shall be authorized to give consideration to, discuss and vote on the matter of the Ethics Complaint made by Gerry and Leandra Cameron dated November 1, 2021…”

The Camerons asked the RM include a letter with the court application setting out their position. Court filings did not include the letter.

In his written decision, the Judge also said, “..the complainants have other recourse if dissatisfied with the decision of the council, including at the next municipal elections, and by complaint to the Minister or the Provincial Ombudsman…”

LMT asked the Camerons for their comment. They said, “The Judge has essentially gave council the authority to dismiss the ethics complaint against themselves. The other avenues such as the Ombudsman from our experience has not been helpful, and the Minister is aware of the continued problems. What is the purpose of the Council Members Code of Ethics Bylaw if the only accountability is at the time of municipal elections?” The Camerons want answers to how they were treated and want an investigation into what happened. Their complaint stems from how the RM handled a farm building addition and how that decision was recorded in the minutes. The Camerons allege they were bullied, harassed and intimidated by the RM.

In 2021 the Uniform Building and Accessibility Standards Act excluded farm buildings, including residences. The RM Council made a motion requiring the Camerons to take out a costly permit, including engineered drawings and other items required in a building permit. This was despite the Province’s Chief Building Official telling the RM and the Cameron’s that their addition was exempt.

After meeting with Ministry of Government Relations officials, the RM eventually agreed the addition was exempt. However, the minutes did not reflect the original motion, and the council approved them without rescinding or correcting the motion. The Camerons then filed a complaint with the RM against the Council, alleging the council violated their Oath of Office, Code of Ethics and used intimidation and bullying. To resolve the complaint on the lowest level and the least expensive route of a third-party investigation, the RM asked the Camerons to agree to go to mediation.

The RM responded, saying the council could not decide about the investigation, And because of the conflict of interest, the case went to court.

After receiving the court’s decision when the matter came up for discussion at the May 31 meeting, Councilor Howard Arndt said Council should move the matter to a third-party investigation. Councillor Don Whitrow said they should discuss it in a closed session, which the Council tabled for the next meeting. After the motion, councillor Gilbert asked if they should get legal advice. CAO Morissette said she didn’t think they needed it as they had already been provided with a lot of information.

The Camerons say they don’t want this to happen to other ratepayers in the future. “We want to ensure there is accountability when the code of ethics is violated, that ratepayers can file complaints of these violations without fear of retaliation and that complaints will be properly investigated instead of dismissed.”

Council meets again on June 21, 2022. The Camerons asked the RM to provide them with the court documents. The RM responded, not supplying the documents but instead saying the council would be discussing the request at the next meeting. “These are public documents we have requested. Council has a skewed sense of control and interference with what would seem to be administration duties regarding the release of requested public documents.” the Camerons said. 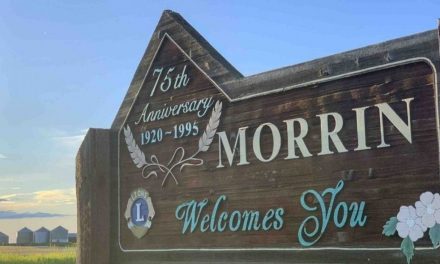