Gold River, BC – The first transfer of juvenile Atlantic salmon has been made to Grieg Seafood BC Ltd.’s Gold River Hatchery Expansion Project, which was completed this spring.

Grieg Seafood BC is part of the Norwegian multinational Grieg Group and operates 22 fish farms within the province. As one of the largest salmon farming companies in B.C., Grieg is aiming to harvest 22,000 metric tonnes of fish in 2022.

The new facility will nearly double the smolt capacity at Grieg’s hatchery and the advanced technology will allow the company to explore retaining fish in the hatchery for longer.

Ultimately, this would reduce the amount of time the fish spend in the ocean, said Rocky Boschman, Grieg Seafood BC Ltd. managing director.

Smolts, which are young salmon that have reached a development stage in which they would typically be ready to migrate to the sea for the first time, are normally transferred from the hatchery into the ocean when they weigh 100 grams, according to Grieg.

By holding them back in the hatchery for an additional period of time, the fish are able to grow up to a kilogram before being transferred into the ocean. This can reduce their time spent in the sea by up to one year, which also minimizes their interactions with wild populations, said Scott Peterson, Grieg Seafood BC Ltd. freshwater director.

“By holding fish at the hatchery for an extended period of time and allowing them to develop beyond the previous transfer size of 100 grams, we see immediate benefits for the farmed populations,” said Peterson. “The larger smolts are better able to adapt to the transfer to ocean conditions, have less mortality overall and show higher resistance to naturally occurring pathogens and parasites in the ocean.”

Amy Jonsson, Grieg Seafood BC’s communications director, said the company has not yet started growing salmon past the smolt size in the new facility.

“We are looking at potential post-smolt production, as well as increased use of our semi-closed containment systems,” she said. “Both of which will help to reduce interactions with wild populations.”

The recirculating aquaculture system reuses over 98 per cent of the water in the facility, said Jonsson.

This new facility has six large tanks that can each hold 326,000 litres of water. These tanks provide the capacity required for larger smolt sizes as their oxygen, feed and space requirements grow.

“We can only enter as many fish into the ocean as we have capacity of though our licenses,” said Jonsson. “But the expansion will allow us to reduce our dependency to purchase smolts from external suppliers, giving us more in-house smolt capacity to meet our overall production goals.”

By increasing their capacity, Jonsson said Grieg is able to grow larger smolts “supporting us in post-smolt production trials.”

The BC Salmon Farmers Association said the expansion is an “excellent example of the technological advancements the sector is investing in.”

“These types of innovations will be key in transition discussions with all levels of government, including First Nations whose territories we operate in to develop a responsible transition plan for the B.C. salmon farming sector,” the association wrote in an email.

On June 22, Fisheries Minister Joyce Murray announced the next steps to transition away from open-net pen salmon faming in British Columbia. The government said it would share a draft framework for the transition in the coming weeks, and that a final plan is expected by spring 2023.

Murray has been mandated to pull open net pen salmon farms out of coastal B.C. waters by 2025.

“Wild Pacific salmon are an iconic keystone species in British Columbia that are facing historic threats,” Murray said in a release. “Our government is taking action to protect and return wild salmon to abundance and ensure Canada is a global leader in sustainable aquaculture … we recognize the urgent need for ecologically sustainable aquaculture technology, and we are prepared to work with all partners in a way that is transparent and provides stability in this transition.”

The Union of BC Indian Chiefs President Grand Chief Stewart Phillip responded to the news by stating, “the vast majority of First Nations in B.C. oppose open net pen fish farming due to the detrimental effects it has on wild salmon.”

“Water is contaminated, poisoning salmon, shellfish, and other marine life,” he wrote in the statement. “Such risks are completely unacceptable when wild salmon form a critical food source for approximately 90 per cent of First Nations across B.C.”

At the peak of the Grieg’s hatchery expansion, 57 full-time jobs were created, and the majority of project contractors, workers, and materials used were sourced on Vancouver Island.

The three-year long project builds on the original facility’s capacity to produce 500 metric tonnes of fish by adding an additional 400 metric tonnes.

“As we become more comfortable with the technology, we will look to incorporate additional size trials into our production schedule,” said Peterson. “This is part of our overall company goal of transitioning more of our production onto land.”

Ontario town to add value of its trees, parks and natural areas 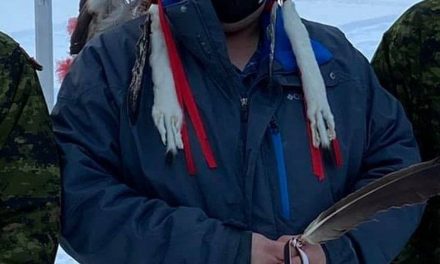 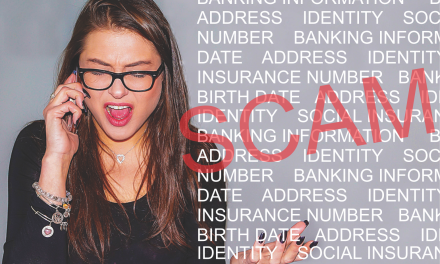