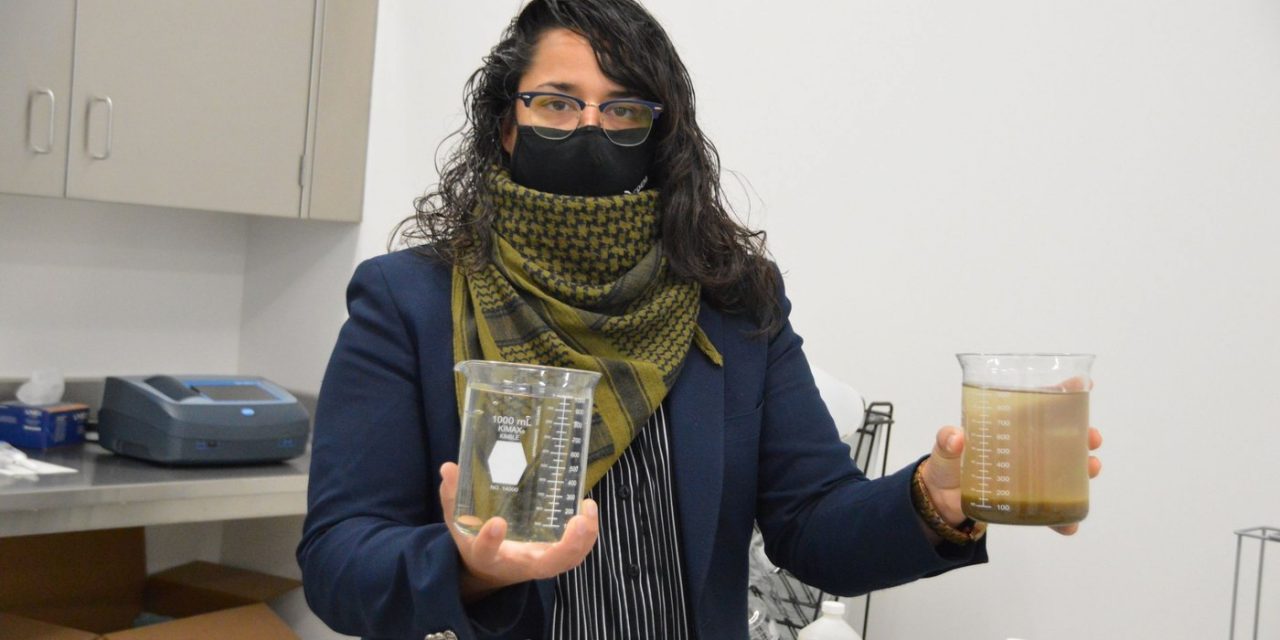 Selkirk’s new wastewater plant is doing such a good job of treating the sewage that comes in, that one city employee hopes that as time goes by they can find ways to take that wastewater and put it back to good use, and maybe even drink it.

On Tuesday, the Winnipeg Sun got a tour of the brand new wastewater plant in Selkirk and was shown a sample of what wastewater often looks like coming in, and how much cleaner it looks once it has been treated by the plant.

According to Selkirk manager of utilities Raven Sharma, the new plant is so effective at treating the water that once it has been treated it contains zero bacteria.

She said they are now interested in looking at finding ways to recycle that water.

“We’ve had this tested, and we know that it comes back with zero bacteria and contaminates, and with the kinds of droughts and other weather-related issues we have seen lately where water is in short supply, it would be helpful to find ways to use the water we already have,” Sharma said.

Sharma added the water comes out so clean that it could even be considered for use as drinking water.

“We’ve seen what happened this summer with communities like Morden that have run out of water,” Sharma said. “What a help it would be if we could find ways to recycle the water we have.”

In a statement the city of Selkirk said that the effluent that is released by the plant and makes its way back into waterways like the Red River and Lake Winnipeg is so clean that it essentially adds no pollution to those bodies of water.

The brand new plant opened its doors in July, and came with an approximately $32 million price tag.

• According to the United Nations Intergovernmental Panel on Climate Change (IPCC) human activity is the number one cause of climate change.

• The year 2019 was the second hottest year on record for the planet, according to IPCC.

• The impacts of a documented 1.1-degree increase since the pre-industrial period results in increased frequency and magnitude of extreme weather events, including heat waves, droughts, flooding, winter storms, hurricanes, and wildfires, according to IPCC.

• Carbon dioxide (CO2) which is largely the product of burning fossil fuels, is the most abundant greenhouse gas on the planet, accounting for about two-thirds of all greenhouse gases.