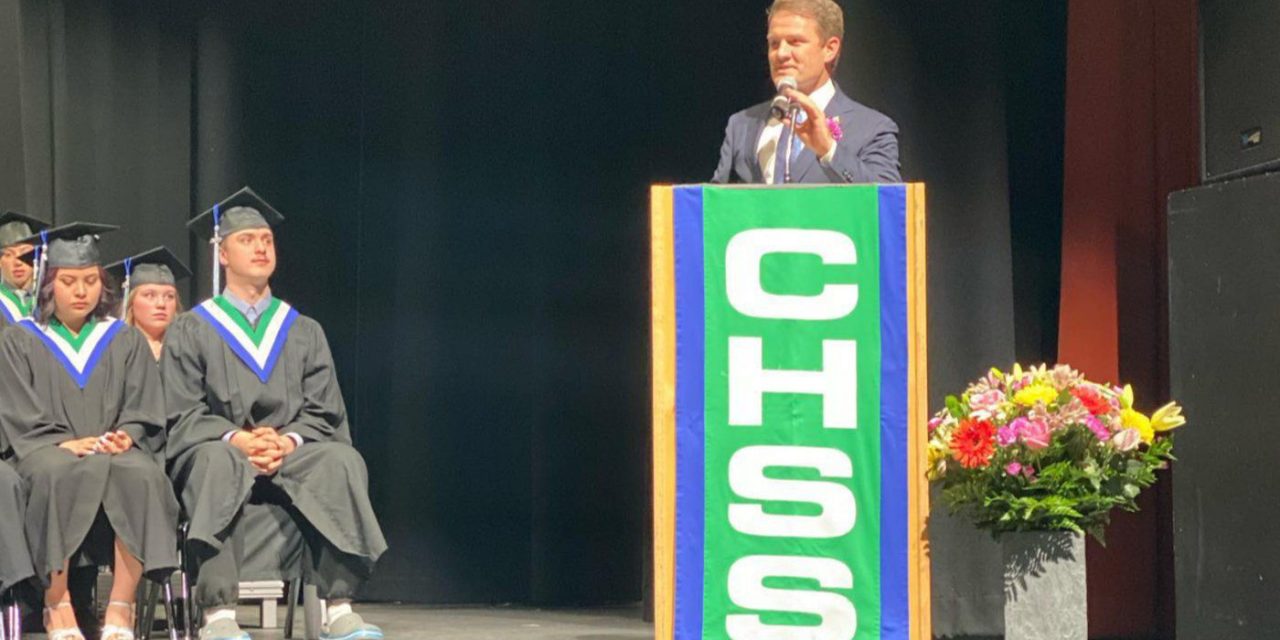 Skeena-Bulkley Valley MP Taylor Bachrach’s private members’ bill to lower the voting age to 16 will be returning to the floor of the House of Commons for a second debate and for a vote in the next week.

The second hour of debate is scheduled for Sept. 23 with the vote planned for the following week, on Sept. 28, Ben Tassell, Bachrach’s assistant, stated. However, these dates could still change, Tassell added.

During the first debate on May 4, Bachrach argued that issues facing the nation today, such as housing affordability, student debt, sustainability of the health care system, and climate change, have a profound impact on young people and their futures.

Frances Taylor’s social studies class at Smithers Secondary weighed in on the advantages and disadvantages of lowering the voting age last June.

Students suggested having a chance to vote before leaving their home community would be a benefit of making the legal voting age 16, Taylor said.

“They can go through the process with the guidance of their parents, of their family, rather than being off at university when they first qualify or off at their first job. And they aren’t able to have some help through that first process,” Taylor said.

Families could help new voters navigate the logistics of the process including how to register, how to get a voting card and where to go on the day of the election, Taylor explained.

Students also said that having the school’s support was a benefit.

“Since we do a lot of learning in school and they get exposed to all the different candidates, they would have a broader understanding of the candidates on their first go around,” Taylor said.

The class also came up with some disadvantages to giving 16-year-olds a vote.

Some students felt like their peers might just vote the same way as their parents do. Others thought they would deliberately choose an opposing candidate from their parents.

“Some of the kids said, ‘We’re not mature enough to take it seriously, so don’t give us the vote’,” Taylor recalled.

“It’s a real range, some [students] are really, like, ‘I would take it seriously, it would be good to do it when I have support and education.’ And then others are, like, ‘no, forget it’,” Taylor said.

This item reprinted with permission from   The Northern View   Prince Rupert, British Columbia
Comments are Welcome - Leave a reply below - Posts are moderated