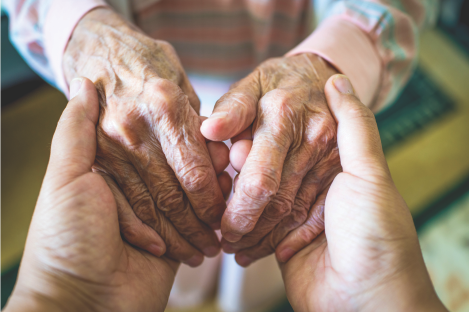 The Southline Palliative Care committee wound down this past fall after an incredible 26 years of operation.

The committee started in June 1995 with the mission to open a palliative care room in the hospital at Climax.

One of the committee’s founding members, Margaret Toeckes, explained why the group was formed many years ago.

“It was a group of people comprised of nurses and church ministers and other interested local people and we got together to see about providing a palliative care room for what was then the Climax Hospital,” said Toeckes.

Over the years the group managed to raise tens of thousands of dollars for the room itself and other projects after the room closed.

Toeckes said the group initially wanted to create a palliative care room where local people, who were reaching the end of life, could be comfortable and properly cared for, rather than being moved to other locations.

To start with, Toeckes says the committee focused on raising funds to furnish the room.

“I think the most expensive item that we purchased was a special bed and mattress – I think it cost us about $6,000 before we were finished,”she recalled.

A lot of the original furniture for the room was donated by local people, including a fridge and a quilt.

After the Palliative Care room was closed in the Border Health Centre, the committee continued to provide equipment for in-home care and also made donations to the Frontier Ambulance and Victoria’s Quilts.

The committee’s most important fundaiser was the annual Tree of Lights initiative, where participants were able to buy a bulb in honour of loved ones. The lights were displayed on a Christmas tree set up in front of the hospital.

The tree would be lit on the first Sunday of every December for the Christmas season.

The first tree used for the project came from Cypress Hills Provincial Park.

“The very first year, it was a big tree that was donated to us by the people at Cypress Park,” smiled Toeckes, adding that it was a one-time only gift. “Mr. Bernie Weber from Frontier went to the park and he picked up this huge tree and brought it back. Then local people came and helped us put the tree up because it really was a huge tree.”

Toeckes said the committee decided it was time to wind things down because a lot of members were getting up in age. Toeckes, for example, is 87 years old. Vera Enstrom was another founding member with the committee during its entire 26-year run.

“We’re all getting up in years and a few of our members passed away, and some others have moved away,” she explained. “So there were just fewer and fewer people on the committee. I think we just felt ‘well, we’ve done this for many, many years, and maybe it’s time to just close our committee down.’”

Covid was also a factor, limiting the group’s ability to sell the bulbs for the Tree of Lights at events like the fowl supper and craft shows.

The committee would like to thank everyone who was part of the committee, as well as to the donors for their contributions over the past 26 years.

This item is reprinted with permission from The Shaunavon Standard, Saskatchewan.