Attentive and dutiful tourists saved the day for what could otherwise have been another case of a spray-painting vandal getting away.

Instead, a fine was levied against an individual while Jasper Skytram staff members and members of the Friends of Jasper National Park have already begun cleaning the graffiti off multiple rocks along the Whistlers Summit Trail.

Skytram general manager Todd Noble explained that willful vandalism such as this has happened previously but what made this occurrence different was thanks to the good Samaritans at the top of Whistler Mountain on July 27.

“It was fortunate this time that the other visitors up there acted on it and in the way of approaching the individual and saying, ‘That’s not right’ to the point of taking pictures,” he said.

“They brought it in and they showed our staff… and then we were able to act on it right away. It doesn’t normally happen to have that confrontation of sorts and then have the ability to act on it. That’s what made it, I guess, a good-news, public-interest story as much as it is infuriating, frustrating to have happened. It’s nice to be able to act on it.”

Skytram staff immediately notified park wardens who were waiting for the individual when he came down from the peak. Details on charges, fines and the date that the individual must appear in court were not available by press time.

Despite the practically perfect chain of justice from Samaritans to Parks officials, the individual still walked away from a mess of damage that will take considerable effort to remove.

That’s where Friends of Jasper National Park has already stepped in. A team of more than a dozen of its volunteers joined Skytram staff on July 27 with a container of parks-approved spraypaint remover, several sponges and brushes, and an untold volume of elbow grease to erase the stains with care not to disturb the remaining natural splendor.

Sarah Butterfield, programs and projects director with Friends of Jasper National Park, explained that the solution that they use was donated to them after another case of spraypaint damage made the news in 2017.

“It’s super eco-friendly, and it works great. It was approved for use in the park in the alpine as part of our project. It’s the remover that we’ve used for everything; it gets the large majority of stuff off,” she said, noting that the volunteers pay careful attention not to disturb any moss, lichens or any other flora.

“It’s still quite a process, but that solution makes it easier.”

Noble added that the Skytram staff are very appreciative for having Friends of Jasper National Park there when they are needed.

“We’re in the process of cleaning it up,” Noble said. “It’s one of those things where if you don’t act on it quick, if you leave that up there for too long, it gives people the idea.”

“It was a great collaboration between the public getting the tram staff aware of the graffiti, and then… that trickle-down effect that happened to get him charged, hopefully. It’s also an opportunity in the sense of education,” Butterfield added.

“What we see a lot is when someone does this graffiti, if it wasn’t caught, it basically just explodes: it encourages more graffiti. By an unfortunate situation turning really positive, we can use that not only to rectify this situation, but we can also use it in the future as just an educational tool. It took this guy seconds to spray some graffiti, and it’s going to take us upwards of 30 to 50 hours to clean it all off.”

A post on Friends of Jasper National Park’s Facebook page also indicated that the individual was likely responsible for similar spraypaint damage where the mountain sheep come down to the highway around Lake Annette and Lake Edith.

The page also indicates that breaking the law in a national park can result in eviction, a ticket or arrest. Offences can carry heavy fines in excess of $250,000 and could result in jail time or restitution.

This item reprinted with permission from the Fitzhugh, Jasper, Alberta 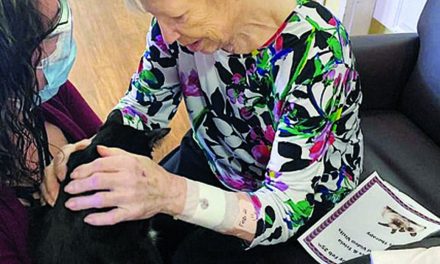 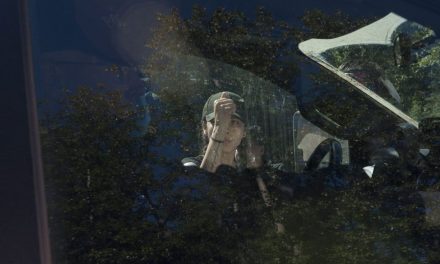