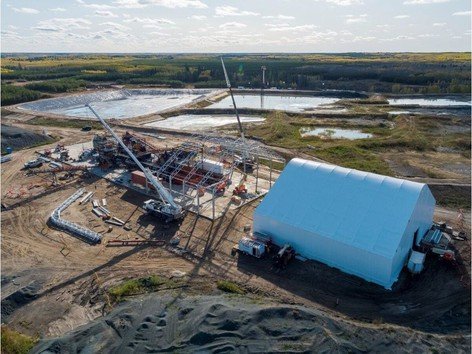 One of the world’s largest mining conglomerates is letting bygones be bygones with a smaller partner over a proposed diamond mine east of Prince Albert.

Rio Tinto Exploration Canada has entered an agreement with Star Diamond Corp. that will “comprehensively resolve all disputes between them,” a news release said.

All spending on the project prior to Dec. 31 is the sole responsibility of Rio Tinto, while Star Diamond will have no obligation to make any further investment in the project until the decision to construct a mine is announced.

Once that announcement is made, Star Diamond has six months to start contributing.

“It’s required a lot of patience. But I think this arrangement does seem fair and I think it’s one that can get the mine built.”

The potential open-pit mine at stake is expected to cost $1.4 billion, with the possibility to produce diamonds from the Star and Orion kimberlites for 38 years in the Fort à la Corne forest, about 175 kilometres north of Saskatoon.

However, James Smith Cree Nation has expressed concerns about its development.

The legal battle has its roots in a 2017 option agreement between Rio Tinto and Star Diamond, then known as Shore Gold Inc. The deal let Rio Tinto spend up to $75 million to acquire 60 per cent of a future diamond mine.

After the larger company exercised all its options in 2019, Star Diamond sued and alleged the massive miner engaged in “predatory practices.”

Rio Tinto called those claims “false” and “baseless” in a vigorous statement of defence.

Last year, Court of Queen’s Bench Justice Grant Currie said there was a “serious question to be tried on the issue,” but that it was also an “uphill battle” for Star Diamond.

In a decision, he wrote that he did “not conclude that there is a strong likelihood that at trial Star Diamond will be successful on this point.”

Despite that, Ewan Mason, chair of the board of Star Diamond, called the resolution in the new deal a “major step forward” for his company’s shareholders.

“We are very pleased to have reached a constructive resolution with Rio Tinto that puts our differences in the past,” he said in a joint new release with the miner.

Ziminsky said the terms of their arrangement are slightly unusual, but may also be an indication of the seriousness of both parties.

He said those intentions are also suggested by Rio Tinto’s recent moves to begin an exploration project in Angola and its decision to gain a 100 per cent stake in the Diavik diamond mine in the Northwest Territories.

“I think all of this was trying to find a way to keep Star (Diamond) in the game without having to come up with a significant amount of capital in the near to medium term,” he said.

This item is reprinted with permission from The StarPhoenix, Prince Albert, Saskatchewan. See article HERE.