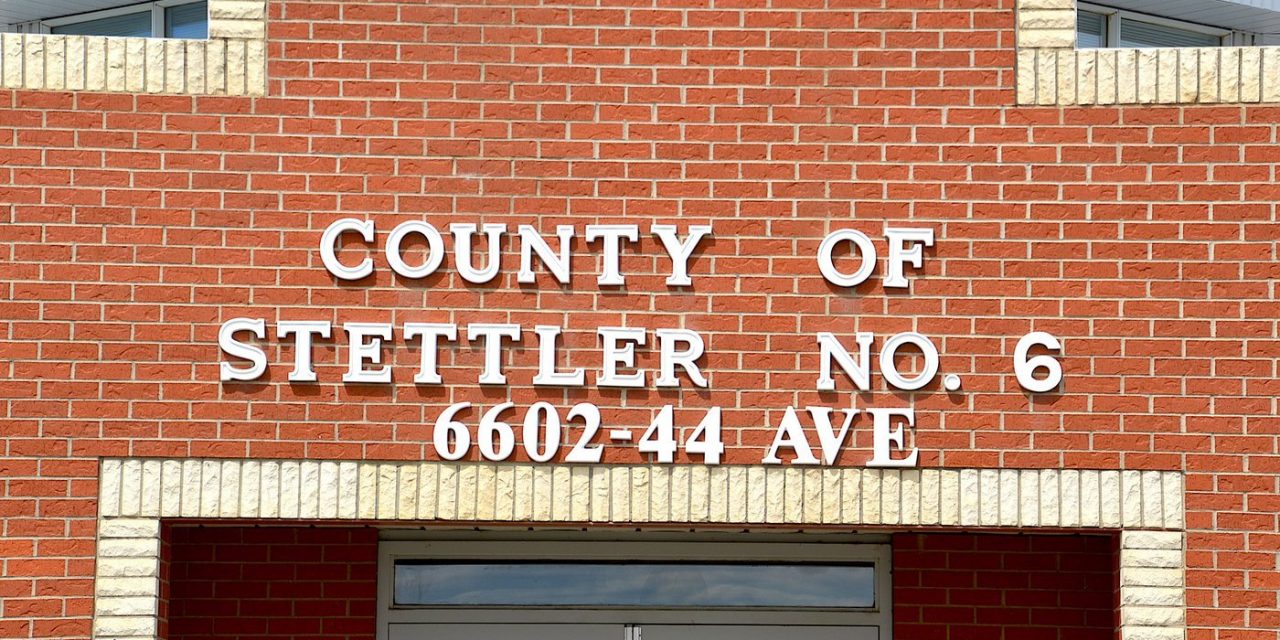 Stettler county council turned down four requests from property owners to waive penalties after their taxes were paid late. The decisions were made at the Dec. 8 regular meeting of council.

All names were removed from the letters, so for the reader’s benefit they’ll be referred to as letters #1 to #4, the same order they were dealt with by council.

Larsen noted only council has the authority through the Municipal Government Act (MGA) to waive taxes or penalties.

Letter #1 began, “I am writing to kindly ask for a bit of forgiveness due to my error of not making my property tax payment on time. In all honesty I just forgot to mail the payment in on time. I had intended on dropping the cheque off on Friday during the day but I ended up having to leave town for work early Friday morning and didn’t get back until late Friday evening. I’m hoping that the 10 per cent late payment can be either forgiven altogether or maybe a more lenient 2.5 per cent fee be charged, given that I am only a couple days late.”

Coun. Dave Grover stated he opposed waiving the penalties as in a rural farming area everyone knows when their taxes are due and property owners have lots of time to pay. Grover moved council turn down this request.

Coun. Ernie Gendre stated he sympathized with some people over missing the deadline as the last business day of Oct. was Oct. 29, not 31. He suggested tweaking the bylaw to address this.

Coun. Justin Stevens noted the tax deadline was advertised every way the county has available to it for something that happens every year; he further stated that the MGA says councillors can forgive taxes and penalties “if equitable,” and Stevens stated he couldn’t see how forgiving this penalty was equitable to others who were late and paid the penalty.

Coun. Les Stulberg added the county tax notices have the due date printed on them and are sent about four months in advance and therefore saw no reason to forgive the penalty.

Coun. James Nibourg pointed out county property owners have a number of options available to them for paying their taxes so physically coming into the office isn’t necessary. Councillors turned down Letter #1 by a 6 to 1 vote, Gendre the lone dissenter.

Letter #2 read, “I was not aware that I would be penalized $103.57 for being four days late. I could understand deducting four days interest for being late but to charge an extra $103.57 is totally unfair and simply a cash grab for the county. I received no mail or information on how much the extra charge would be and have always been very diligent in paying all my county bills on time.”

Coun. Stulberg noted if the county had no consequences for late payment then nobody would pay on time. Coun. Stevens moved the request be denied and that was passed unanimously.

Letter #3 began, “I was five days late. Usually go with my Dad to pay (taxes) as we used to split the bill. He paid his before me and I totally forgot about them. Any chance of reversing the late ($470.90) charges?”

Coun. Gendre stated he felt five days late is too much even for him to sympathize with. “One day late I don’t mind,” said Gendre. Coun. Stulberg moved to deny the request and that passed unanimously.

Letter #4 included a lengthy chain of emails back and forth between county staff and the property owner, who apparently lives in or near Calgary. The request to forgive the $224.36 in penalties began, “Myself and my wife purchased a property on Buffalo Lake in late March of this year. We did not receive a property tax bill in the post for some reason and hence missed our tax deadline of Oct. 31 to pay the remaining balance on the bill (the previous owners paid approximately one-third of the bill prior to the sale). (We’ve) had a pretty tough year, going through a flooding issue at our home in Calgary…along with some other personal and financial stresses at this time.” The letter noted they received their tax bill 15 days after the deadline and paid the balance.

Larsen noted the county sent this tax bill to the address on the land title as of June, 2021 with the property owners claiming they never received it and later providing a different address.