Two Strathmore residents are speaking out about their experience seeking surgery and having to travel out of country to receive care.

Emile Cretin, who is in his 80’s, had been suffering from debilitating back pain and following an MRI, was directed to a spine assessment clinic in Calgary.

Cretin was then diagnosed with Spinal Stenosis, which is the narrowing of the spaces within a spine, which can put pressure on the nerves that travel through the spine. Spinal Stenosis often occurs in the lower back and neck regions of the body.

“That (diagnosis) was in November 2021 and it would be anywhere from 18 to 24 months to even see a surgeon and that was a little too much to wait,” explained Cretin’s wife, Claire. “He was having difficulty walking … he had trouble standing from a seated position, he had to hang onto the table or something to get up. He could only be walked 30 to 40 feet and he had to rest before he could go any further.”

After finding out they were unable to book an appointment in province with less than a year of wait time, Claire explained the two of them took to seeking aid in B.C.

This endeavor also turned out to be a dead end as Cretin was deemed to not qualify for treatment.

“Before we got wind of Mexico, he was back and forth with trying to get into a clinic in BC, but he is 80 and most of them (with) their criteria, they wouldn’t even look at you if you were 80,” said Claire. “There was another place that didn’t base it on your age, they based it on your condition, but when it came right down to it, they wouldn’t do it because they only do their surgeries in private clinics.”

The couple was eventually directed to a practitioner in Mexico, of whom they did not name. Speaking to that surgeon, it was agreed they would fly down and meet in person and a surgery would be completed a week after.

Cretin and Claire met with the surgeon on April 6 and the surgery was performed on April 11.

“(He) is very much improved. He is walking with a cane right now and before that he was walking with a cane too but with great difficulty and a lot of pain,” said Claire. “You have to pay for the whole thing yourself. You might get reimbursed a little bit for the doctor’s fees, but that would be it. It cost around $23,000 for the hospital stay and the surgery and then we had our accommodations down there and flights.”

To the couple, Claire said traveling out of province for a surgery was a no brainer, but traveling internationally, she was skeptical.

The couple was in Mexico for three weeks, flying home two weeks after the surgery. 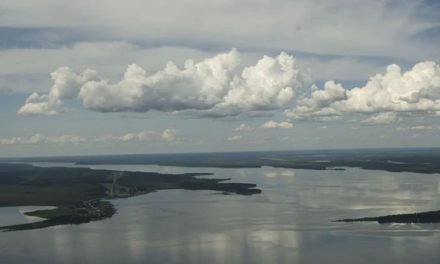 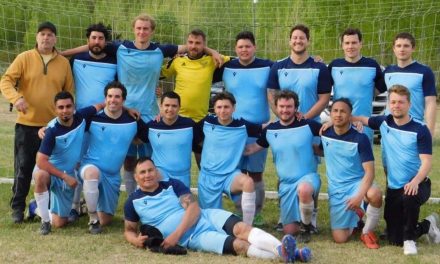 Prince Rupert BC Football Club gets 2nd in weekend-long tournament

Commentary – Blame the water, not the horse