Suzuki outlines path to saving planet – from ourselves 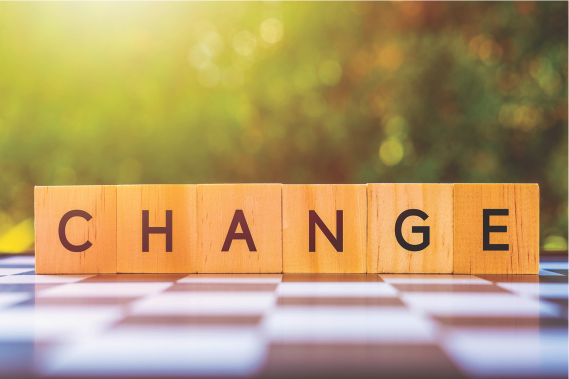 At the end of his 90-minute online appearance, Dr. David Suzuki offered a message of hope.

“We don’t know much about nature, and nature will surprise us,” he told the roughly 120 Kootenay and Boundary residents attending his virtual lecture. “And a lot of it will be good. We won’t deserve it. But if we can pull back and give nature a chance, then I believe nature will be far more forgiving than we deserve.”

The Lower Columbia Community Development Team Society sponsored online event on September 23. Originally scheduled for the spring of 2020, the pandemic and other issues delayed it until this fall.

In her opening remarks, moderator Diane Langman, Warfield mayor, noted Suzuki “famously speaks his mind, and that’s what we’re looking forward to tonight.” In an hour-long speech with occasional profanity – kind of like a PG-13 version of the Nature of Things – the 85-year-old geneticist did exactly that.

Peppered with outrage, concern, humour and learning moments, Suzuki’s hour-long talk tried to instill a sense that we all have to take action to save the planet now.

“Net zero (greenhouse gas emissions) by 2050 is no commitment – it’s a political promise. And Canada has never even tried to meet a single political promise to reduce emissions,” he said, his voice rising. “They say Nero fiddled while Rome burned – what the hell are we doing today?”

Like a live episode of his famous television series, Suzuki took the audience on a millenia-long journey, from humanity’s rise in Africa to modern times. Early humans were an invasive species even then, he said, with a wave of extinctions following us as we moved around the globe.

“We didn’t know how things worked in the new lands, but we were smart and even with simple tools we were a deadly predator,” he said. “… We had to learn how to live in these new lands in balance with these surroundings and we did that, through the observations, success and failures of early people….

“And that knowledge is the basis of Indigenous cultures around the world.”

That oversized impact then, as now, was a result of our special evolutionary advantage: our brains. The ability to remember, adapt behaviour to experience, and pass that learning on to others in our species, has allowed us to advance to the top of the planetary ecosystem.

“In such a web everything is connected, so anything we do has repercussions, and therefore, enormous responsibilities,” he said.

But we have allowed ourselves to come out of balance with the global web of life.

“When you put all of that together, our population, our technology, our consumption and our global economy, our ecological footprint is so great, we are altering the physical, chemical and biological properties of the planet on a geological scale.”

While the power of foresight has gotten us where we are, he says, now “we are turning our back on this survival strategy, from climate deniers to anti-vaxxers.”

“The opportunity, time and again, for government to act has been squandered – especially Canadian governments,” said Suzuki, pointing to our weak response to a half-dozen major climate change reports dating back to the late ’80s. He said if we had acted back then, society could have achieved climate targets with only minor discomfort. Instead, we’ve lost the opportunity to save billions in infrastructure and many lives and suffering in the future.

“Had we used our foresight and seized the challenge, we could have avoided the crisis we face today,” he says. “But we didn’t even try.”

The problem was and continues to be politics, he says. Policies that create pain now for gain later make no political sense, he says, keeping leaders from acting. The media is no help either, ignoring or downplaying increasingly dire warnings from wide swaths of the scientific community for trivial celebrity news.

“How did we get to this moment, when many climate scientists have looked at me and said ‘we’re f—ked,’” he said. “With the very survival of all humans at risk?”

“We boast of our great wilderness. Climate change is already pulling apart ecosystems on land and sea, but we continue to knock down the forests we have left…,” he said. “Thirty years have gone by and we are still hammering away at this Nature that we boast we possess in Canada.”

We have one chance to survive the coming century, he says.

“We must shift to a ‘deep green.’ More justice, a more equitable way of living,” he says. But the window of incremental change has long passed. We have to have societal transformation.”

That means going cold-turkey on fossil fuel use – leaving our oilsands in the ground, and ending pipeline projects. It means slashing greenhouse gas production. It means reducing consumption, converting to sustainable energy sources, pulling the plug on mega-forestry, and stopping practices that poison our land, water, and air.

“We’ve run out of time,” he says. “As the UN head says, this is a ‘Code Red’ planetary emergency. We have to respond as if this is a world war. And it is.”

And most fundamentally, we have to end this idea that we are somehow separate from the planet, that we are not part of a web of life – and that the economy is always paramount.

“The pursuit of endless growth is suicidal. In a finite world, nothing can grow forever,” he said. “Because the economy is built on human creativity and human production, nature is considered an externality, so when we destroy a forest or burn down an ecosystem, that’s just collateral damage that is the price of doing business.”

The need is for “transformative change,” he said, and a place of hope is the knowledge of Indigenous people.

“We settlers have to rediscover our Indigenous values to shape our policies and actions because clearly the dominant paradigm doesn’t work,” he concluded. “I’m not saying Indigenous people have all the answers, because they don’t – the world has changed from which their cultures were developed. But what they do offer is the way they perceive our relation with nature that guides and shapes their actions.

“I am amazed, despite all that’s been done to stamp Indigenous cultures out of existence, they are willing to teach and share with us,” he said.  “They tell me again and again, “We are all in the same canoe, we have to paddle together.”

This item is reprinted with permission from Valley Voice.