With the exponential growth of technology, it may be hard to think about living in a world without our modern-day conveniences, yet only 15 years ago smartphones did not exist. As a follow-up to our previous story celebration of a century, we also spoke with Burns Wood about how things changed over 100 years — opening with the evolution of technology.

“Well, of course, that has just exploded, that has changed our whole life,” said Wood. “The telephone, for instance, we were on a party-line with 14 people, one line. Each had a ring, and when that rang, we would answer the phone but with 14 people on the phone — now every kid has a cell phone by himself. Our line, just west of Taber, was called the val-line because several Valgardsons were on that line and that’s just one incident.”

As a former pilot, Wood is amazed by the technology improvements in that industry as well.

“I never flew a jet — they were all propeller planes. We couldn’t fly over 10,000 feet because there was no oxygen, we had to fly through the weather or around the weather or under it. Now, jets are flying 35,000 feet above the weather, and oh the technology that happened in my lifetime is beyond imagination. (If) you want to know something, you can Google it and get to know it. You know how to make a twisted stick, you know how to do everything. You can go on the (Internet) and find out how to change anything in your car and they walk you through it.”

Wood explained the ease of learning is great and while keeping up to date on technology can be tough for some, it does make things easier. Most notably, communicating with family and friends that don’t live nearby is greatly achieved by technology.

“The easiness of getting knowledge now, it’s just marvellous. It has its problems though, you know. I resisted getting a cell phone, I resisted being on Facebook — I don’t care what everybody is doing this very minute, but I have enjoyed some of the kinds of luxury that have come along with that. I can keep in touch with my very large family easily, even though I don’t care every time they go to the store to buy some groceries. I keep in touch by email with them and I use the computer often. I think it’s something that we are gradually understanding better and controlling ourselves better because you know sometimes we learn a lot about things we don’t need to know about, and the way it’s changed politics and everything. I don’t agree that it is a bad thing, I agree that it’s a wonderful thing it’s making us better.”

We asked Wood about his feelings towards imagery, such as the Nazi swastika making a reappearance within North America throughout social media.

“I think maybe we have forgotten what kind of evil that was generated by that movement,” said Wood. “I don’t know what my generation did to counteract that evil. I just don’t know why we did it willingly, voluntarily. I think that those people that think it was a movement to promote good were wrong because I don’t think the Nazi movement and other movements similar to it, I don’t think they’re valuable, but many people do, and many people believe in that. Of course, when I was young, it was kind of a religious kind of training you know, and moral training and stuff like that. That’s kind of faded away and we’re relying more on other things to think about. I think those really far-right movements can get off track. I think they’re necessary sometimes to keep us from getting too complacent but I think they’re off track. I didn’t agree with the blockade and mainly the truckers got the blame for it but, of course, we saw here in this area trucks and other farm vehicles decorated with flags.”

Wood then proceeded to talk about the political landscape over his lifetime.

“I think we’ve been lucky in Canada, politically. I believe, and even though we have a lot of problems, we haven’t had the problems that other countries have had,” said Wood. “You know we haven’t had revolutions, and in Alberta especially, it got so stable that we would run a political party for 30 years before we changed, and then we ran another 30 years for the next party. It was a shock to my system and everybody’s when the NDP got in there one time and they’ll probably get in again, I don’t know. Canada has been stable enough to hold together for two referendums from Québec to succeed were defeated and then we held the country together. I think we had a pretty good government really.”

Wood briefly mused about what Canada’s population may look like in the next hundred years.

“We’re a small country, you know comparatively,” said Wood. “When the war started, there were only 11 million people in Canada, now what is there, 40 million? Canada is the size of China, China is the size of Canada. China has the same kind of mountains we do, our huge country is empty really and that’s probably the future of Canada. If I live another hundred years, I bet you there’ll be 150 million or 200 million people in Canada, but I don’t know.”

Finally, we asked Wood if there was any message or advice he would like to pass on to future generations as well as his views on the future.

“I think it would be very foolish for  a person to try to prophesies because we are changing so fast,” said Wood. “I don’t know what could’ve been done differently now, you know when we get old, we always think back that it was better before, and I’m not sure if it was a lot better before. We didn’t have a lot of things that we have now. You’re as good as a prophet as I am for that. I think space will be something that will be explored more often. There’s private companies now building space things and when they start putting their own money into it, that might explode. Do you know when I was in high school, we had a debate about whether aircrafts will replace trains. I was on the con saying that they would never do it. I was a pretty good debater and I said: ‘How are you going to put 1,000 people on a plane or so many that could get on a train.’ Now, trains are almost obsolete for travelling. There used to be a couple of trains a day that used to go through Taber, passenger trains. Now, I look at the freight trains that are two miles long, but you know I would never take the con part of a debate like that again because the aircraft have replaced trains as far as passengers are concerned.”

Wood celebrated his 100th birthday in Taber this past weekend.

This item reprinted with permission from The Times, Taber, Alberta 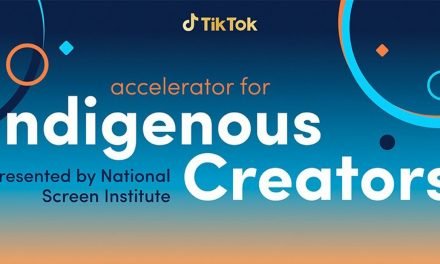 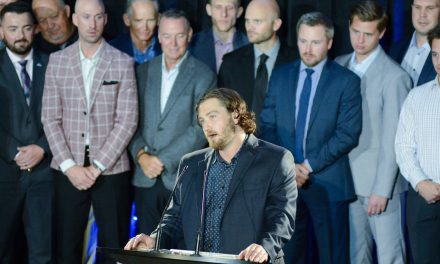 2012 Penticton BC Vees inducted into BC Hockey Hall of Fame