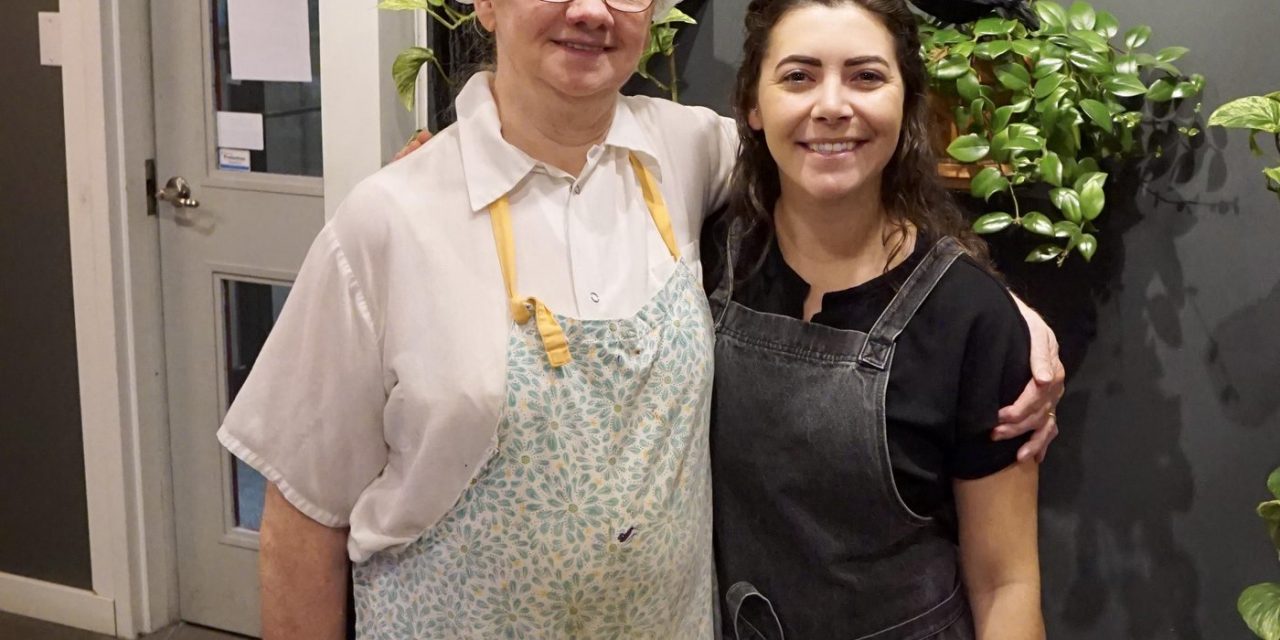 The hospitality industry has been one of the hardest hit by the pandemic. Service-based operations have dealt with public health restrictions and lockdowns that specifically target environments where staff has to have close contact with the public.

Restaurants in particular have had to pivot multiple times in order to stay open.

And unfortunately, some are forced to make the decision to close their businesses entirely.

Shereen Rashwan opened Bistro 290 in Niverville in March 2020, but after a year and a half of operation through tumultuous times, she made the difficult decision to close the business on October 30.

The challenges of trying to run a restaurant in the middle of a pandemic is one of the main reasons Rashwan decided to put the restaurant up for sale.

“Obviously, having your business being told that you have to close your doors to in-person dining, which makes up a huge portion of your sales—which we’ve had to do three times now—that just takes a financial toll,” says Rashwan. “And a mental toll as well. You always feel a sense of uneasiness that there are more lockdowns coming.”

Many restaurants have attempted to be flexible by staying open for takeout and delivery during past lockdowns, but in doing so many have had to let staff go or change their hours to adapt to a new business model.

“Customers thrive on consistency,” Rashwan points out. “If you change your business hours too often, people start to second-guess coming to you. So they come less. And people were coming less anyway, so it’s hard to keep your hours at what they were when financially it doesn’t make sense to do so.”

Rashwan says that she coped with these stressors by personally putting in more hours at the business, trying to make up for scheduling uncertainty and being short-staffed.

She also found herself using up more mental energy by inventing new ways to continue providing food services, such as offering take-and-bake meals and adding a patio and barbecue area to pick up the slack when indoor dining was limited or not permitted at all.

Another strategy of Rashwan’s was to seek federal and provincial grants when they became available.

But as a new business, Bistro 290 didn’t qualify for the federal rent or employee subsidies, because the requirements were based on previously established income.

As a new business, she didn’t have previously established income.

The provincial grants she did qualify for were very helpful, including the Manitoba student wage subsidy, which enabled the Bistro to employ a handful of high school and university students.

“The first summer in between lockdowns, we hired a lot of students,” she says. “Which helped. We loved having them, no matter what their backgrounds were, interested in restaurant as a career or not. We trained them no matter what. And this last summer and heading into fall, because we just weren’t sure what was going to happen with COVID, we kept our team pretty small.”

Throughout the pandemic, Rashwan says her customers have been amazing.

However, it was yet another mental burden on her when the provincial government forced restaurants to bear the brunt of making sure their patrons were fully vaccinated.

“Even though I 100 percent understand why the government had to put this in place, it doesn’t make it any easier to ask someone for their private information,” she says. “It’s a sensitive topic for some people. And especially if I’ve had someone coming to my bistro for the last year and half and supporting us through all of what we’ve been going through… and now I need to look at them and tell them, ‘No, you’re not allowed to dine here because this is the new mandate’? That is extremely difficult for me as a human.”

The restaurant business has always been known for being a difficult industry. The mental and physical exhaustion, which increased during the pandemic, took its toll on Rashwan.

Ultimately, the reason for closing came down to burnout.

“I think that owning a restaurant in general is a very difficult occupation,” she says. “When you leave for the day, you may leave—but there’s always a million things going on that need to be thought about, and I found that my mind isn’t able to turn it off. When I started to feel run down, we hired the staff we needed so I could take a step back, but at the end of the day, with all of the things piling up that were COVID-related, I found I didn’t want to own a restaurant anymore if the passion and love for the business that I had was fizzling away.”

Another major challenge confronting restaurants is finding enough employees to keep their businesses up and running.

In a recent survey, Restaurants Canada reported that 80 percent of food service operators were finding it difficult to hire kitchen staff, and 67 percent were having trouble filling serving, bartending, and hosting positions.

Rashwan found that opening and closing so often made it very difficult to keep staff.

“I’ve read a few reports that say restaurant staff began to find other positions in other industries, which makes perfect sense. And I support those people wholeheartedly,” she says. “It’s also been a time where people are watching the rules very closely. Cleaning is important and sanitizing and making the environment safe between diners can feel like it’s a higher pressure, more difficult job right now. There are also those who do not feel comfortable asking people for their vaccination card, which I also understand.”

Laura Mulvena owns Chicken Chef in Niverville and says she has had a really hard time finding people to work.

“It’s always been an issue, but just not to this capacity,” says Mulvena. “I’m always more of a person to be proactive, stay on top of staffing, and try to have good people coming in. But obviously, COVID had a big impact.”

Mulvena and her husband Tim bought the Chicken Chef in Niverville two years ago, just before the start of the pandemic. They were prepared to deal with some initial staff turnover during the transition.

“We found we lost almost half our staff, but then we also had some amazing staff who had some good training and knew well what was expected of them to run things at the restaurant smoothly,” she says. “Then COVID hit and we had to juggle and the result is that we just kept losing staff.”

Mulvena says they have tried all sorts of avenues to secure staff, including registering employment opportunities on job websites and utilizing online ads.

She sees many reasons why possible employees may be staying away.

“It’s just hard to hire right now with the perception that it’s not a safe industry, but it really is,” she says. “People still don’t know that we’re open, for vaccinated only, and we’re training on how to check. Maybe some potential employees have some hesitation to be hands-on with that process. But we are really committed to making things safe. Our restaurant is a safe environment for employees and the public.”

Restaurants have been forced to get innovative to stay open.

Chicken Chef was fortunate to have loyal customers who were already comfortable with phoning for pickup, but they also tried some new tactics to reel in customers.

One of the first things they did was apply to the town for a permit to develop an outdoor eating space. The patio opened this past summer.

“The patio is something we had always wanted when we took over ownership,” Mulvena says. “We’re hoping next year to have an even stronger summer on the patio. We want to add a few TVs and increase the atmosphere there. We just decided to get it open as soon as possible and I think people really enjoyed it. It went over well. It’s a fun space.”

They are also working on getting a mobile order app in place with the help of Chicken Chef’s head office.

“We are a franchise, so we are lucky we have the support of our corporate office,” she adds. “We are looking forward to joining the mobile order platform that Chicken Chef corporate uses, so we will be offering delivery and pickup options where people could place their whole order online. The mobile ordering system will help unload the phones from our serving staff. When the customer can navigate the system on their own and in their own time, we can process the orders really smoothly.”

With the relaxation of lockdowns over the summer, Chicken Chef is back to operating at their regular hours. Mulvena eagerly invites the business’s customers to continue supporting them.

She also emphasizes that if she and her fellow owners are able to see success at Chicken Chef, they also want to see that success shared across the other restaurants in the community.

“We’ve been in many restaurants that are struggling with staff even more than we are and are down to one cook and one staff, so I know we don’t have it as bad as some others,” she says. “We have been very fortunate. We’re thinking of the other businesses in town and we want to be seen as partners and not competition directly. We want to spread the support and attitude that we’re all in this together.”

This item is reprinted with permission from The Niverville Citizen. See article HERE.