The economy is the biggest change says SL centenarian 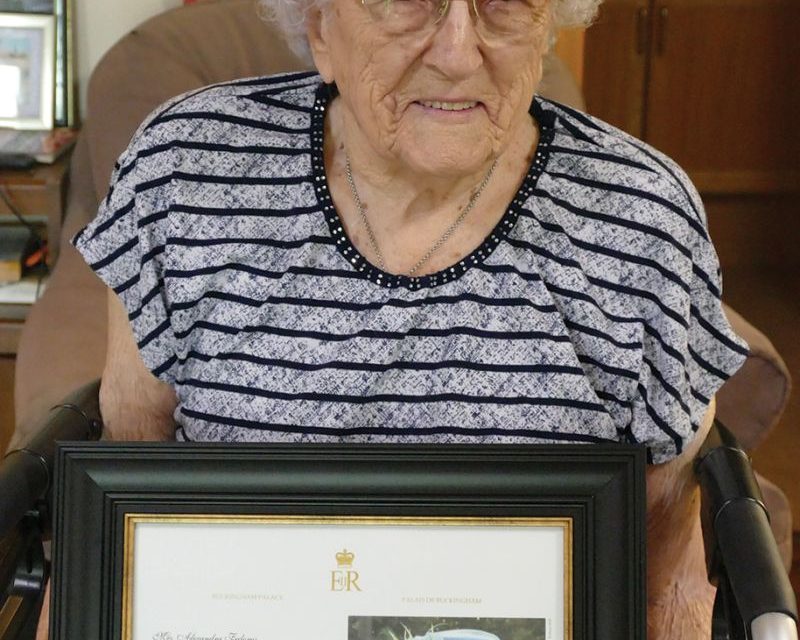 When someone has lived a hundred years, a lot changes.

For 100-year-old, Alexandra ‘Senny’ Fedorus, the economy is the biggest one.

Back in the day, “when you were poor, it was nicer living than now,” she adds. “We appreciated every little thing in life.”

The way people grieve has also changed. When Senny was younger, if someone died, their mother couldn’t go to dances or other fun events for a whole year and a father for six months.

“There was no arguing over religion,” says Senny. “My parents were Christians and we followed them.”

Senny was born in Glendon, which is northwest of St. Paul, Alberta. Her parents John and Anna Kryzanowski met and married in Ukraine.

“Dad came first and then my mom later with a boy and two daughters,” says Senny.

“I didn’t know a word of English when I started school,” says Senny. “I was eight.

Senny went to school in a two-room schoolhouse. The one room had Grades 1 to 4 and the other Grades 5 to 9. Senny’s favourite memories of school had to do with sports – basketball and scrub, which is what they called baseball. Also, hopscotch.

Sports are still important to Senny.