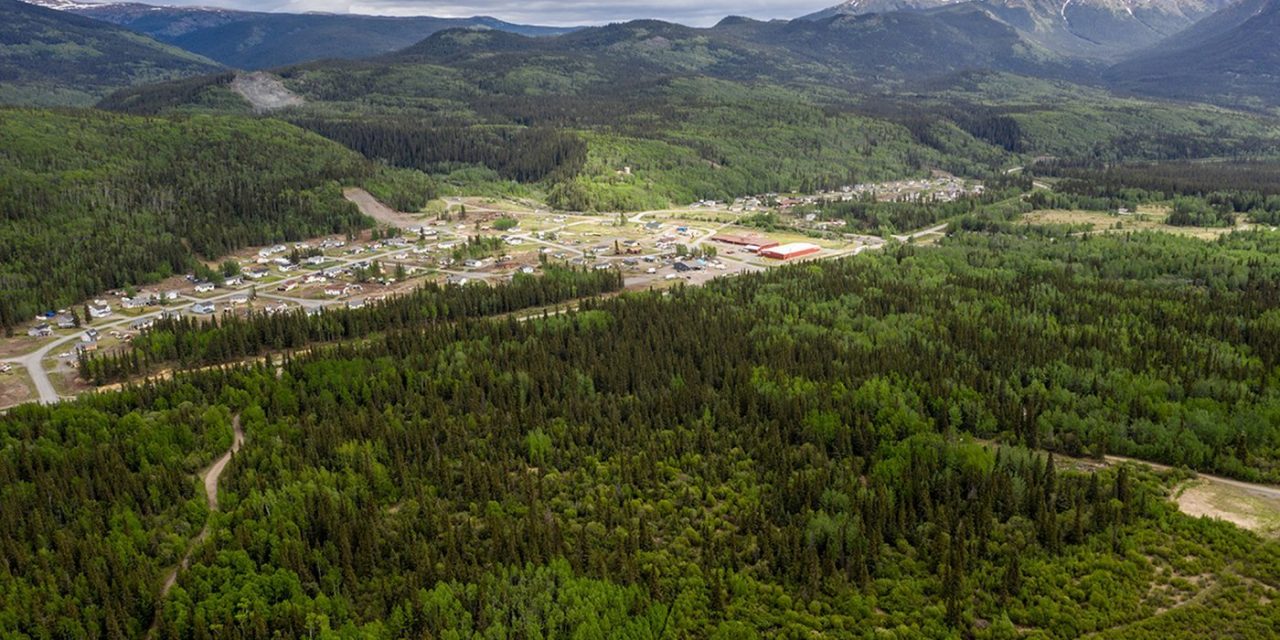 Photo:An aerial view of Iskut in northwest B.C. The Iskut band has been lobbying authorities for more than 20 years for an RCMP detachment. (Adam Amir/TCG photo)

The remote northwest B.C. First Nation community of Iskut has been lobbying the RCMP and the provincial government for more than 20 years now for its own police detachment but with no luck.

Iskut band chief Marie Quock said the place is now a “lawless community” due to the increased presence of drug dealers, assaults, regular instances of impaired driving and an erratic police presence.

The nearest RCMP detachment is 83 kilometres north in Dease Lake where seven members service the four spread out communities of Dease Lake, Iskut, Telegraph Creek and Good Hope Lake as well as a 600- kilometer long stretch of Hwy37 North.

The response time for a service call from Iskut typically takes over an hour, longer in the winter owing to road conditions, said Quock.

“If we have a gun-wielding person in our community, there’s no way the police will get here immediately…whatever’s going to happen will happen before they get to our community,” said Quock, explaining the danger to the community.

“We’ve had suicides because the RCMP didn’t get there in time, so maybe that could have been stopped,” she added.

Iskut, located on Hwy37, also falls within the radius of the Red Chris and Brucejack mines and its camps, a factor that has increased social issues Iskut has to deal with, said Quock.

“So because there’s more money coming into our communities, we’re starting to have more social issues like addictions, drug abuse, alcohol, etc. due to increased drug dealing, and people using drugs… Every two weeks, there’s people who would be coming out of camp, and not everybody does, especially when there’s a party and we have to deal with issues of people drinking and driving into our community or assaults,” she said.

Often times this adds more pressure on the two-person nursing station in Iskut that has to deal with people under the influence of narcotics seeking help, Quock added.

While many northern communities have RCMP assistance in dealing with such cases, the nurses in Iskut are left to respond to situations where there might be violence and heated emotions, said Carolyn MacKinnon nursing manager of Iskut Valley Health Services.

“We don’t have the skills to break up these fights,” said MacKinnon, adding, “even an RCMP presence in such cases settles peoples emotions, it’s very important to my job and how we function.”

Officers also need to be around to accept forensic evidences in the event of a sexual assault, she added.

Moreover, MacKinnon continued, the lack of police presence in Iskut hampers the hiring of nurses.

“A lot of nurses that are considering remote communities ask if there’s RCMP in their contracts and don’t return knowing there isn’t,” she said.

Quock worries the opioid crisis that haunts B.C. is going have a bigger impact on Iskut soon as drug pedlars frequent the community and leave by the time the RCMP get there.

But despite two decades of lobbying, Quock says authorities have been “shuffling responsibilities back and forth” when it comes to their request for a continual police presence.

“We brought it to the province of B.C. a few times, but they would say it’s the federal government’s responsibility,” said Quock, adding,

“At one time we were told Iskut is ineligible for an RCMP detachment because we don’t have enough of a population.”

But while Iskut has a small population of 320-350 people, statistics provided by the Dease Lake RCMP show that 113 case files out of 645 calls in 2020, fully came from Iskut.

Responding to Iskut’s repeated request for a detachment, North District RCMP Chief Superintendent Warren Brown said he’s aware of its need for policing but the process of setting up a detachment in Iskut is complex and would require provincial funding.

RCMP policy now requires small detachments to have at least three officers and there would need to be adequate buildings and living quarters.

Currently, the Dease Lake detachment is provincially funded, out of which two officers are funded throuh the Community Tripatriate Agreement under Indigenous Policing. The federal government shares the cost for funding these two positions along with the province and First Nation community.

The process of getting a new detachment begins with Brown providing a report to the province containing an analysis of calls for service, the type of criminal activity underway and a comparison with other communities also wanting a police presence.

The problem is further compounded given the provincial budget for policing is less than 1 per cent, he added.

“At the end of the day… the province would make a decision on whether or not with recommendations, if it’s worthwhile, [and] cost effective to have a detachment there,” Brown said.

Brown has met with Quock and various Tahltan Central Government officials and, in a statement, the provincial government confirmed it is up to the RCMP to make a case for permanent policing for Iskut.

“Provincial policing and security branch staff met with members from the Iskut Band in June 2021 and advised them of the appropriate process for requests regarding detachments and service delivery,” the statement indicated.

The Minister of Public Safety and Solicitor General, Mike Farnworth will assess the request based on whether it meets this criteria, said his office in the statement.

Tahltan officials have now asked to meet with Farnworth but in the meantime Tahltan Central Government President Chad Norman Day is saying it is “disrespectful” and “shameful” there are so few RCMP officers covering the 11 per cent of the province that makes up Tahltan traditional territory.

Day said after “decades of asking nicely” the Tahltan might have to shut down industrial activity unless there is what he’s calling a more equitable arrangement with the province.

“In 2020, exploration expenditures on projects in Tahltan Territory was over $200 million with production values for active mines over $1.2 billion,” said Day in an email statement.

“BC citizens and others who live, work and travel through the Northwest deserve better and we need to funnel more of the wealth taken out of Tahltan Territory back into ensuring our region becomes more safe.”

Day is calling for major improvements to the highway, Telegraph Creek Road and an RCMP detachment to be set up in Iskut.