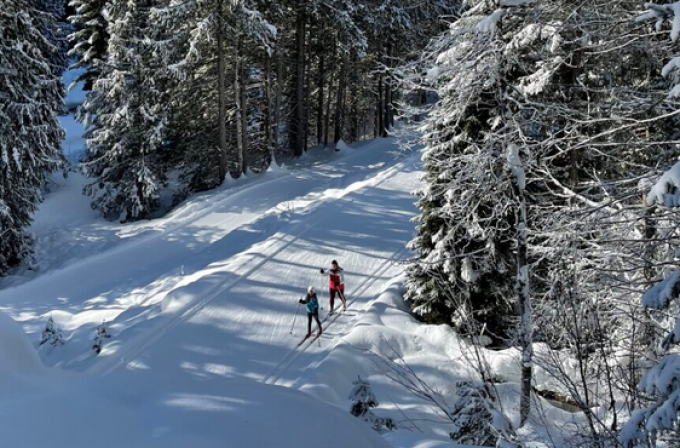 A decision to log trees near part of the popular Apex Loop cross country skiing trail has the region’s Nordic ski club searching for answers for the coming season.

When the trees siding a one-kilometre section of the Loop were logged by the landowner, the Nelson Nordic Ski Club (NNSC) approached the owner with questions of access and safety. The exposed hillside now creates an avalanche zone for the trail below, the NNSC feared, but they did not receive an answer.

The Nelson Land Co. — owned by Mike Jenks — had logged the property and is reportedly planning to haul logs this fall and into the winter. While NNSC had land use agreements in place to use the trails, it did not include exclusivity of the property.

Although the 1,300-member club was led to believe a “significant buffer zone of trees” would be left above the Loop after logging higher up the slope, trees were still cut directly above the trail.

“This was both distressing and disappointing, as we may not be able to use that part of the Apex trail again for the foreseeable future,” said NNSC general manager, Jaime Frederick.

The move also ignited conversations with several levels of government — including the Regional District of Central Kootenay and the Ministry of Transportation and Infrastructure — as well as with Jenks himself.

The club is now looking to re-establish some certainty around public access right of way on the Rail Trail — which runs between the land the NNSC leases at Apex and Jenks’ property — and if it would remain available and safe for cross-country skiing this winter.

It is clear that the club will not have access to what was once the back part of the Loop for this winter, said Frederick, especially with active logging potentially taking place into the winter.

“Really, the concern right now is with the Rail Trail right of way, which is between both (the club and Jenks), and a land use agreement with another land owner for this,” said Frederick, adding that the NNSC is waiting to hear about what the cut plan will be for the slope above the trail.

“Our understanding with conversations with the ministry is he is required to have a harvest plan that does have an aspect of avalanche risk as part of that.”

The cut plan is not a public document since the work is being conducted on private land.

The loss of part of the Loop won’t hamstring the NNSC, said Frederick.

“We are hopeful that we will be able to minimize further impacts to our trail system and ensure its safe use by our members this winter,” he said.

Frederick explained that the club is now working on potentially extending other parts of the trail system to help mitigate the loss of part of the Apex Loop.

“It’s certainly change, and change can be hard and challenging, but we are going to make the best of the network and with what we have,” he said.

This year the club is planning to groom all of the way to the highway at Cottonwood Lake, with the hope of creating a new loop on the Apex side of the Rail Trail.

For more information on the Nelson Nordic Ski Club: https://nelsonnordicski.ca/