Two decades in the making, the time has finally come for late Nisga’a playwright’s Bunk #7 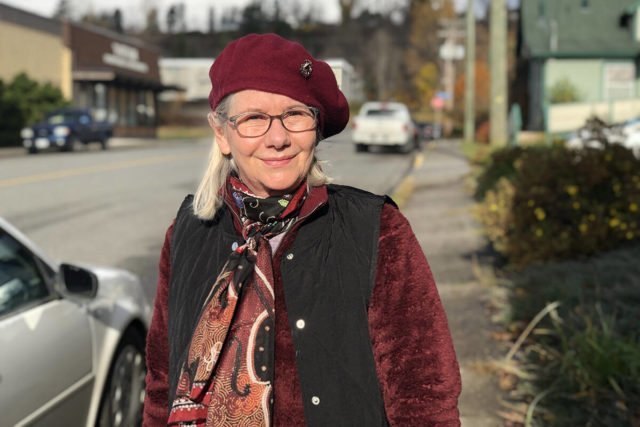 After 20 years, it’s finally time for Larry Guno’s Bunk #7, says the play’s director Marianne Brorup Weston who is bringing it to the R.E.M Lee Theatre on Nov. 20.

The late Nisga’a MLA Larry Guno’s play Bunk #7 records a story of resistance that took place inside a residential school. The play – in the true sense of its storyline – resisted fading, stood the test of time and will be premiered for the first time next weekend.

Guno, who was born in Gitlaxt’aamiks in 1940, was a prominent lawyer, NDP MLA for former Atlin electoral district and well known for his key role in designing the Nisga’a Final Agreement.

He took to writing Bunk #7 five years before his death in 2005 to tell a rather unique story of friendship, collective resistance and triumph based on his own experience as a student at Edmonton Residential School in St. Albert, Alta.

The characters in Bunk #7 were modelled after Guno’s own tightly knit group of friends and the number seven refers to his bunk number in the dorm.

A pivotal moment of the play is a “riot” that turned the building upside-down spurred by the students’ dislike for canned pork meat they called “spork” which they were fed every day, sexual abuse, dismissal of their favourite supervisor and being away from their families.

The students created a pandemonium in the building for more than three hours, causing the staff to lock themselves away in their rooms. Boxes of spork were then used to build a makeshift barricade against the police who were called to come in and restore order, said Brorup Weston.

“It [the story] isn’t just everybody sitting around moping, these kids, they actually wanted to make change and they made change. They formed a student council, they caused a riot and the riot did create change in the school. Quite a lot of change,” she said.

It led to the dismissal of the principal of the school, and officials were forced to change the menu.

The play was first set to premiere in 2006 after the Native Earth Performing Arts in Toronto picked it up, but was halted in July 2005 after Guno’s sudden death at the age of 65. The script was going through its final revisions at the time.

The play never made the stage as a full production but it was read to audiences in Toronto, several First Nation communities in northwest B.C. and other residential school survivors.

These readings helped polish the script to its finality through a “very delicate rewriting,” said Brorup Weston, but nothing was changed from the script.

For Brorup Westin, who was friends with Guno and who spent close to four years working with him on this project before his death, it always comes back to “what Larry wanted.”

“We talked a lot about how it would be on a stage … and then I’d tell him what was in my head in terms of what I envisioned. So I had all that information and I just kind of hung on to it,” she said.

Once again, Brorup Weston set about to revive the play in 2018 to be ready to tour northwest B.C.in 2020. But had to be put off again due to COVID-19 pandemic.

“There were kids that I cast who have grown up since then,” she said.

But despite all the delays, “here we are,” she said, adding, it couldn’t be “more timely.”

“There’s a reason for everything,” said Brorup Weston. “If we had done this before, we would have missed the perfect storm right now of Indigenous rights and colonization becoming mainstream and becoming part of what, as Canadians we must learn about.”

In a way these massive delays were meant to happen in order for her be ready to fully understand the work, political climate, legacy of residential school and colonization.

Most of the actors and crew members are from northwest First Nation communities.

“Larry – I hope he’s watching – would be so thrilled,” she said.

-with files from Brittany Gervais