The West Kootenay’s public transport system is facing a crisis of public confidence if it can’t restore full service in the Slocan and Arrow Lakes region, a local government transit committee heard earlier this month.

“I beg of you to please make some kind of public statement that provides an explanation to people, so it will relieve some of their frustration and lack of confidence in our ability to deliver this service,” said Silverton Councillor Leah Main at the May 4 meeting of the West Kootenay Transit Committee.

Main said she’s recorded more than 170 BC Transit cancellation notices for bus runs on the Nakusp-Slocan Valley routes this spring. Officials admitted up to 10% of all runs have had to be cancelled recently because of staffing shortages – while service in Nakusp stopped entirely for a while in March.

“We are suffering a PR crisis because of this,” added Main. “And we need to make some kind of public statement referencing the reasons for this in general terms. There’s lots of rumours going around, there’s lots of frustration and some anger and we are losing credibility.”

“It has been a challenge, but we’re working through it,” says Trevor Statch, the CEO of NextGen, the company that took over the BC Transit contracts last fall for Nakusp and the Slocan Valley. “We’ve been delivering as much service as possible.”

Stach says a week after taking over the Nakusp-Slocan Valley routes last October, the company lost four full-time workers when the provincial regulations requiring all drivers to be fully vaccinated came into effect. That amounted to “about 1/3 of the company workforce in that system,” he told the committee members. The transit committee is made up of elected officials from the RDCK and Regional District of Kootenay Boundary.

“It has been a struggle to maintain service in the system,” he said. “We have been advertising for people starting in September, knowing we were [already] understaffed when we were taking over in October.”

He says the company has been bringing in drivers from other routes to try to compensate, but in some cases that’s been impossible.

“We are starting to see a turnaround in our fortunes in terms of staffing in that system,” Stach said. “But the hardest hit area has been Nakusp.”

Stach says the company had received more than a dozen applications since the fall to make up the shortage, but few of the prospects had the necessary credentials to drive public transport. Some people were hired and never showed up for training. One person who was hired to work in Nakusp didn’t work out, and had to be let go a few weeks later, he said.

“When we lost the sole driver that existed in Nakusp, we lost all service in Nakusp,” Statch said. “…we had a gap there of a couple of weeks where we didn’t have anybody lined up to come up to that system to provide any level of service. We’re now back to a point where we have been delivering a couple of days a week of service to that system.”

They have only just been able to find two potential candidates for replacement, he said.

Another factor slowing recruitment is the more intense criminal record check candidates have to go through because the job entails serving vulnerable people. The process can take up to three months for a fingerprint check.

“And we had one in the East Kootenay, was fingerprinted in October and did not receive approval until March,” Stach told the committee. “So that is a challenge as well. We can’t have those people operating without the proper criminal record check in place.”

Stach says it’s not a unique problem to the West Kootenay.

“We are doing everything we can to try to make sure everyone is notified about what’s going on,” he said. “But we are fighting against the fact that we are trying to recruit in a small town. With a relatively small population of residents, it’s hard to find someone who can fit the mold.

“We are willing to take anybody who is qualified at this point,” added Stach. “… If anybody knows friends or family who have Class 2 licences and are willing to drive, please refer them to us. We are desperate for drivers…”

Another committee member said it was time for regional government to lobby the Province to ease the vaccination restrictions.

“We’re starting to get back to the new normal, or whatever we are calling it,” said Salmo Mayor Diane Lockwood, who has said in the past she opposes vaccine mandates. “Where do we stand with how much we can put pressure… if local government people can gather, and some aren’t vaccinated, I’m not sure why we can’t get back to hiring people who are not vaccinated.”

Stach said he had to work with the policy that has been set by the public health officer, and the company was working to fill gaps without the policy being changed. 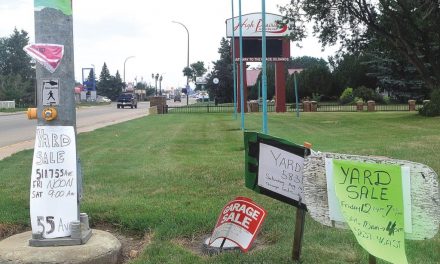 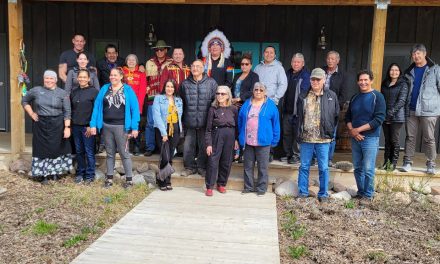