When it comes to invasive species removal, these fellows are the G.O.A.T.

Their eyes filled with determination – and a hint of hunger – more than 200 goats unloaded into Police Point Park on Tuesday morning. Their mission: to removal all leafy spurge. Their method: to munch.

The goats, which belong to Creekside Goat Company, first visited the park in 2020 as part of a city’s weed control pilot project.

“The goats assist with this method of weed control, known as target browsing, by eating the weeds, destroying the seeds and preventing further spread of leafy spurge,” Jeff Quinlan, parks technician with the City of Medicine Hat, said.

Leafy spurge is an invasive species commonly found in southeast Alberta. Growing up to one-and-a-half metres in height, leafy spurge has yellow flowers and thin green leaves along its stem.

“It’s quite prominent in this location,” Ian Langill, assistant chief park interpreter, told the News. “Typically in Police Point Park, you find it closer towards the river’s edge. Because it’s near the river, you can spray it, but (the pesticide) would be airborne and could get into the water, which could cause issues for animals, humans, everything. So this is a natural way we can remove it.”

Leafy spurge removal is often quite difficult as the plants often have extensive root systems. While goats are unable to extract the full root, their elimination of the above-ground plant twice-annually actually helps to weaken the spurge’s overall composition.

“The plant puts a lot of energy into the growth,” Langill said. “If it gets eaten, it puts more energy back into growth again. (Over time) it slowly loses that energy. And after the five years, it just won’t have the energy anymore to produce.”

As well as slowly killing leafy spurge and other invasive species in the park, the goats help improve soil conditions through fertilization.

Unlike most animals, goats tend to enjoy the taste of leafy spurge, especially when it is introduced to their diets in infancy.

“The shepherds start introducing leafy spurge when the goats are younger,” said Langill. “They start giving it as a treat and eventually the goats get a taste for it. And so, they actually will start seeking it out to eat first.

“If you were to pick it and look at it, the plant actually produces a thick white liquid once it’s disturbed. And so, for most other animals, like deer, it’s not very palatable; it coats their mouth. It doesn’t feel good, the taste is bad, so they don’t go for it. But the goats tend to not be as bothered by it.”

The goats, who have a taste for success, will be in Police Point Park until Friday. They will begin working in the morning, then break during the hotter afternoon hours, but will be out again in the evening.

The park remains open to the public during this time. While visitors are welcome to watch the goats, park interpreters ask they keep a respectful distance. Interpreters also remind the public to keep their dogs leashed in all areas of the park.

This item reprinted with permission from The News, Medicine Hat, Alberta

AirBnb and other tourist rentals reviewed by Crowsnest AB council 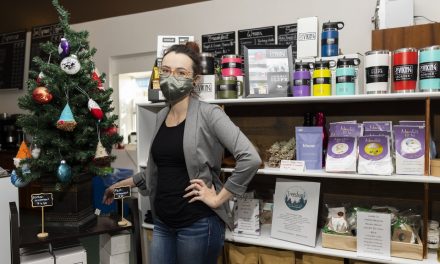 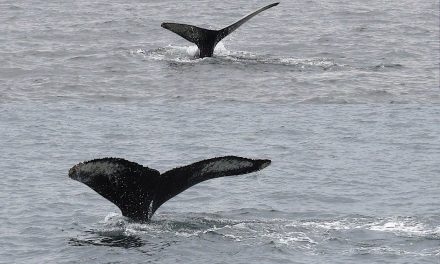