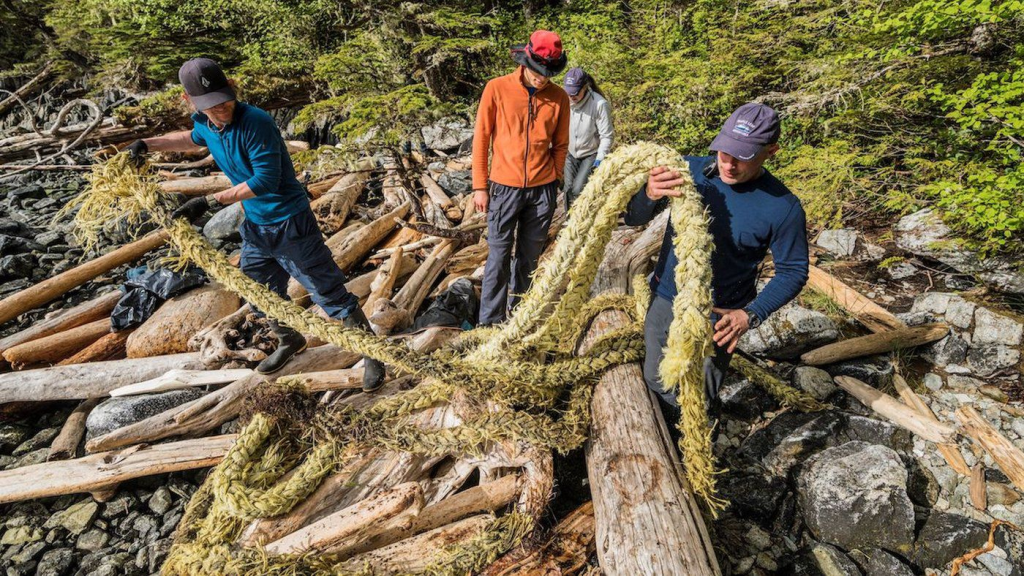 For weeks at a time, crews have been scouring remote sections of the West Coast — digging out massive fishing nets, hauling lines, tossing thousand of buoys and shifting mountains of Styrofoam to try to make a dent in the ocean refuse finding its way onto B.C.’s wildest shores.

A shocking 210 tonnes of flotsam and plastic detritus was removed over six weeks from a mere 300 kilometres of the province’s intricate 25,000-kilometre shoreline during this year’s massive cleanup of the ecologically sensitive foreshores of the Great Bear Rainforest.

“It’s a huge volume of garbage. And a very small portion of the coast when you consider how many kilometres of coastline there is in B.C.”

The industrial-scale effort involved a fleet of nine small-ship ecotourism vessels crewed by 150 people who would have otherwise been out of work this May and June due to COVID-19 travel restrictions, Benton said.

The undertaking also required an immense barge, a helicopter, a contingent of small boats and partnerships with the Kitasoo/Xai’xais, Gitga’at, Haisla, and Gitxaala nations.

But the results speak for themselves as the enterprise, benefiting from previous experience, managed to almost double the 127 tonnes of trash picked up last spring during the inaugural launch of the provincial initiative, Benton said.

In April, the province backed the initiative again, divvying up $9.5 million from the Clean Coast, Clean Waters Fund to four groups or associations in an effort to remove garbage from 1,200 kilometres of shore, or more than 100 derelict vessels along the north coast down to southern Vancouver Island.