Grades 9 through 12 students at Wheatland Crossing School were excited to once again be able to participate in a 30-hour famine on May 5-6.

Mark McKeen, a teacher at Wheatland Crossing, said the 30-hour famine was an annual event that had run for nearly a decade with the school and was a point of excitement for older students to engage in.

This year is the first-time post COVID-19 the event was allowed to operate within the school.

“What we do for our 30-hour famines is to build awareness and raise money around the notion, or the concept of food security,” said McKeen. “What we have done in the past is, we have raised money for overseas endeavors. This year, our student council decided to stay local and so we are focussed this year on raising money for the Wheatland County Food Bank.”

McKeen explained the goal for the fundraising portion was to have at least 30 students raise a minimum of $30 for the cause. By the conclusion of the event, they had surpassed their goal and raised over $1,600.

Regarding the famine itself, it is an opportunity for students to learn about living without and endure the living conditions they would not otherwise be subject to.

“The way our famine works is … the students will start to fast (in the) evening … previous to the school (day). When they come to school the next day, that is when the second portion of our fast starts, which is our technology fast,” said McKeen. “Students give up their digital devices for the better part of the next 24 hours, and so they gain the feeling of what it is like to go without, whether it’s food or technology or those conveniences that we get used to in our society.”

Students spend the day of the famine in school as normal but remain at the end of the day to stay overnight in the school among their peers. After hours, the school holds many activities for the students to do that would either not be possible under normal circumstances, or as a fun activity to do among friends and peers.

It’s not all fun and games, however, as McKeen points out, there is a portion of the evening dedicated to driving home the point of how food is rationed among those who are barely able to feed themselves.

“We spend about an hour every time we run it just sitting down with the kids, every kid gets a small portion of rice to understand what it’s like in a developing country to have a very small portion of a basic nutrient,” said McKeen. “Most of the students will say that they often find themselves hungrier afterwards and wish they hadn’t (eaten) and it opens their eyes to the reality of how other people live.”

The last year the program was operated was May 2017, the same year Wheatland Crossing School was moved into by the educational body of students hailing from eastern Wheatland County.

“As we start to have meetings and educate the kids about what we are doing, you can see them start to understand and internalize a little bit what it is like to do without,” said McKeen. “Often throughout that process and especially once we have gone through the portion of the evening where we do sit down and discuss it, then you kind of start to see them understand that life isn’t just about them.”

Now that the program has been reintroduced to the school, it is something McKeen said he hopes to once again hold on an annual basis. 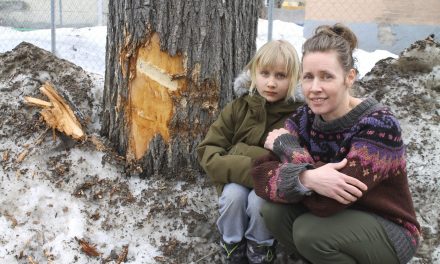 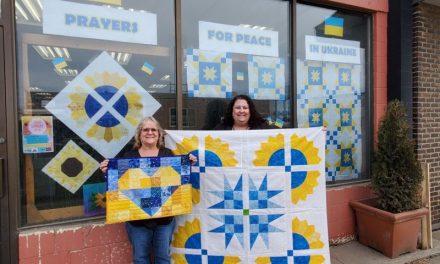