Will you help save local salmon?

As the Fraser river flooded valleys in the Lower Mainland, salmon flooded the streets.

In the midst of the atmospheric storms last fall, salmon streams along the Fraser river submerged roads in Vancouver, leaving creeks destroyed with trash, mud, and branches. Both wild and hatchery salmon were seen all over the news, swimming on roads alongside cars, stranded on fields, and trapped in puddles of muddy water.

Almost every salmon stock in the Fraser River has been in an endangered state for years, the impact of the floods and landslides have further damaged the salmon’s habitats.

Powell River Salmon Society president Sandy Sleath explains that even though people came together to scoop fish back into streams, we won’t know the scale of this event for a few years.

“I know hatchery workers from the Fraser who had been doing rescues on the fish for weeks, and even communities had been coming together helping rescue the fish,” says Sandy.

Tla’amin hatchery manager Lee George says that climate change is playing a part in the Province’s decreasing salmon populations, and the ever-changing intense weather BC has been met with.

“Chinook take a big hit during this time in Tla’amin, since they are usually second to enter the streams. But this is why we are presently encountering low returns for sockeye and chinook in BC.”

Here in qathet, the weird weather of last year did its damage to salmon enhancement efforts, too.

Sandy says the streams the Salmon Society monitors had issues with rising water when the downpours hit last fall.

“The high waters mixed with debris of logs and leaves started to clog our fence,” says Sandy.

“The crew worked 24-hour shifts to clear anything that blocked the fencing. We ended up with a damaged fence that needed repairs, but I’ve never seen the creek flood that bad before.”

As for landslides, Sandy says that the Salmon Society’s watershed is located in a canyon, so erosion doesn’t impact the watershed as much as other systems in BC.

“However, when that heavy rain hit, it happened right during our salmon collection period.”

The collection period is when the salmon are returning to Lang Creek from the ocean to spawn in the fall, the fence at the hatchery will then divert the salmon either up the river – or into a channel that goes into the Salmon Society’s building where they will then do egg takes.

As for the summer drought and heat waves, Sandy says the hatchery fish were not really impacted other than the water being a bit warmer.

“The wild fish would have faced more problems, because they live in a natural setting. Salmon are very fragile from their egg to fry stages. Our fish are hatchery fish, they are in different facilities at different stages of their life, the water is fairly regulated for them so they wouldn’t really be impacted.”

After the eggs hatch, the tiny salmon are placed at the Duck Lake facility in the spring where they grow from fry to smolts. Smolts are released into Lang Creek.

“Last season the Tla’amin salmon hatchery encountered the atmospheric rains all at once. The salmon return to their spawning grounds each year to lay their eggs. If we get the heavy rainfalls that in turn cause flooding in the river system, that washes away the spawned eggs, diluting the overall survival of salmon fry each year,” says Lee.

The Tla’amin hatchery staff have been seeing a heavy sway of climate change affecting their watersheds for a long time.

“We have noticed climate change over the years here at the hatchery facility. We encountered very low salmon returns in the Theodosia River this past season with as few as 3,000 chum salmon and low numbers of coho and chinook returns as well. Okeover Creek was hit the hardest, with fewer than 500 adult chum showing up in the creek.”

The fall floods weren’t alone in their impacts; the summer droughts were just as bad.

“The hatchery itself suffered a few setbacks due to low water flows in the late summer around the time the chinook salmon were returning,” Lee says.

“The summer caused low water flows in the river, this in turn causes the returning chinook salmon to wait for the rains to come, but also leaves the salmon vulnerable to predators, namely the sea lions.

“The hatchery is located in close proximity to the mill where the sea lions reside,” says Lee.

“They feed day and night in the fronting waters of the Tla’amin River, keeping the salmon from entering the stream to spawn so they (sea lions) can continue to feed. This in turn has caused low returns to the river system over the last decade.”

Steller sea lions are currently protected as a ‘Special Concern’ by the federal government. In the early 1900s the mammals were over-hunted and by 1970 there was believed to be only 30 per cent left of their historic population.

The government then announced the species as endangered. It wasn’t until 2003 when they received the status as a special concern species. When the population was revisited in 2013, they kept that status. In 2018 DFO released a report on trends in abundance of the Steller sea lions in BC.

The other type of sea lion in BC is the California sea lion; these are most commonly seen hanging around the mill. These sea lions have started returning to qathet in large numbers each winter.

The Salmon Society has organized a petition for North Island-Powell River MP Rachel Blaney to take to Ottawa. This petition asks for money from the $647 million that was announced by the federal government last year.

That money was to go towards helping restore the pacific salmon. However, community hatchery enhancement programs such as the Powell River Salmon Society have not been told anything about receiving that money.

The salmon society has been doing enhancement work in qathet since the early 1980s without any increase of funding from the government.

This item is reprinted with permission from qathet Living, Powell River, British Columbia. 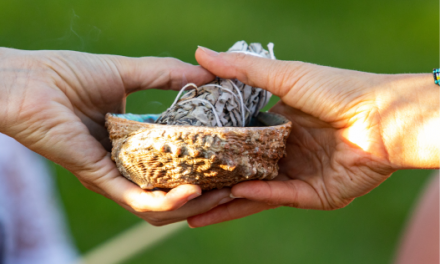 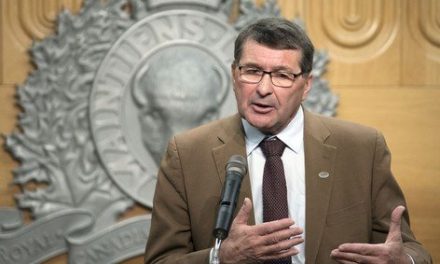 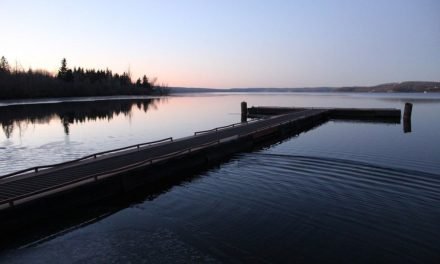