Working Together To Raise Awareness And Prevent Violence Against Vulnerable People 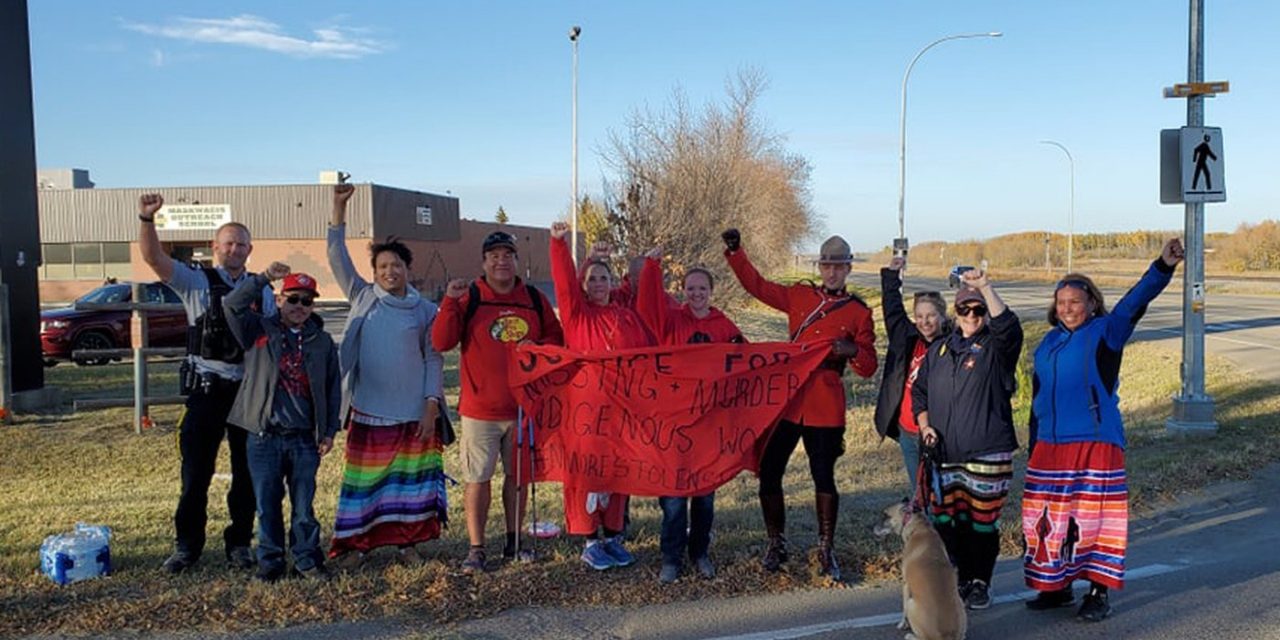 (ANNews) – November is Family Violence Prevention month – an important time to raise awareness about this epidemic, which has become even more prevalent due to the social constraints of COVID.

November 20 is Transgender Day of Remembrance – a day to raise awareness of Transgender, Two-Spirit, and non-binary people who have been victims of violence, hatred and discrimination and who’ve lost their lives, just for being who they are.

Last month included the National Day of Action for Missing and Murdered Indigenous Women, Girls and Two-Spirit women (MMIWG2S+). Despite the conclusion of an Inquiry two years ago, Indigenous women and girls continue to be violated and marginalized at rates much higher than those in the general population.

In Alberta, an MMIWG2S+ joint working group was formed and will be submitting recommendations to the government by December 4, 2021.

Outside of my new career as a journalist for Alberta Native News, I am an advocate and community organizer.

I organize a successful awareness campaign called Hate to Hope, which raises awareness on social issues across our great province and Treaty 6 Territory. This month Hate to Hope has been partnering with other groups and holding winter clothing drives.

In all my events, and in all that I do, I look for allies and I surround myself and projects with positive likeminded people. I reach out and partner with cities, politicians, stakeholders, not for profits, and local change-makers. It’s a formula that is effective in creating meaningful change. It’s all about creating a true partnership with allies where we all sit at the table as equals.

For the last two years, I have been involved in co-organizing Wetaskiwin Sisters in Spirit Day with several women such as Ponoka resident Suzanne Life-Yoemens, Wetaskiwin resident Karen Aberle, and Maskwacis resident Katherine Swampy.

In 2020, I along with community advocate Marilyn Tobaccojuice walked from Maskwacis to Wetaskiwin to raise awareness of the need for Canadian systems to stop perpetuating violence towards vulnerable communities.

It was a powerful moment to witness the RCMP walk in full uniform from Wetaskiwin to Maskwacis. I could only imagine how sore their feet were in the boots. A meaningful gesture that did not go unnoticed by everyone in attendance.

Several strong, caring and inspirational women have helped shape Sisters and Spirit Day in Wetaskiwin these past two years.

Karen Aberle, executive director and chief curator of the Wetaskiwin District Heritage Museum Centre and newly elected Wetaskiwin city council member said in her eight years at WDHMC this was the first time she was approached by members of Maskwacis to truly partner on a project.

“We are moving forward and redefining the relationship between Maskwacis and Wetaskiwin,” said Aberle.

Aberle said it’s about putting ownership on citizens and allyship. “We have to start sitting at the organizer’s table in true partnership. Settlers need to be at the table as well.”

According to Aberle events such as Sisters in Spirit Day helped shape her understanding of the impacts of systems that perpetuate discrimination and allow Indigenous communities to experience hardship, violence, harassment, and death.

She said during the Sisters in Spirit Vigil in 2020, she was overcome with emotion when she heard the stories of guest speakers. In a widely shared online post, Aberle describes how she grabbed Wetaskiwin’s first Metis Councilor Gabrielle Blatz’s hand for emotional support after listening to Katherine Swampy’s heartfelt and emotional story.

“There we stood, First Nations, Settler, and Métis women giving each other our support and strength. We are one family. This is how we all are going to make a difference for the greater community we love,” said Aberle.

Swampy explained many Indigenous family members with MMIWG2S+ have felt silenced and ignored for a long time. She said stories like Marless Johnson’s, whose daughter went missing the day before Christmas 2020, and was later found deceased. The individual being charged was given a plea bargain and an offer of a lesser charge.

“Marless is an Indigenous mother fighting for justice for her daughter,” said Swampy.

“We are hurt, and angry, and asking the non-Indigenous people to stand with us and help us to get Justice for our MMIWG2S+,” said Swampy.

Suzanne Life-Yeomans, a member of the Alberta MMIWG2S+ joint working group, Alberta First Nation women’s council on economic security co-chair, said her mother was missing and almost murdered when she was a child.

“My mother ended up in witness protection and had to relive her almost murder in court. I was too young when it happened to do anything to help my mother,” said Life-Yeomans.

In her new position as an Alberta joint working group MMIWG2S+ member, she can bring awareness and help prevent MMIWG2S+ people from being missing and murdered.

“To me, it is to honour MMIWG2S+ people who have passed and those who are still missing. Also, to bring awareness to the public as lots of Albertans still do not know the statistics and that it continues to this day,” said Life-Yeomans.

Sisters in Spirit Vigils, which honour MMIWG2S+ and show support for their loved ones are held annually across Canada and throughout Alberta.