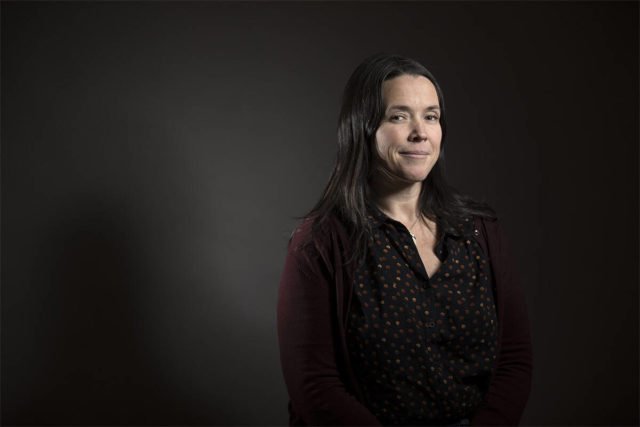 Where are all the Yukon’s midwives?

They’ve gone to work in other jurisdictions. Some will return after fulfilling the Yukon’s new requirement of one year’s work outside the territory in order to get licensed. Others, in search of higher wages and better work environments, don’t plan to return for a while.

The regulations were passed by cabinet in January 2021 and came into force April 15. Every week since, Christina Kaiser has been turning down multiple requests for her midwifery services because the new rules prevent her from working.

Kaiser is registered in Germany and has maintained her professional accreditations. She was a practising midwife in the Yukon for 20 years until April 15 this year. Kaiser also participated in a bridging program for international midwives in British Columbia, but remains an ineligible applicant for the new midwifery positions with the Yukon government.

“I get messages every week from people who want a midwife, and I can’t take care of them. I’m not allowed anymore,” Kaiser said.

“I have to tell you, it breaks my heart.”

To become registered in the Yukon under the new system, midwives must spend a year working, registered and insured in another publicly-funded health system in Canada.

Kaiser will begin work in B.C. next month to meet the requirement to become eligible.

“There are no midwives employed [in Yukon] at this time,” says Kathleen Cranfield, president of the Professional Association of Yukon Midwives.“Women and pregnant people in the Yukon are unable to access midwives for maternity care and they’re unable to choose a home birth setting.”

Cranfield is also a registered midwife and has been a member of the Canadian Midwives Association for ten years. This week, Cranfield relocated her family from Whitehorse to work in the N.W.T.

Midwifery as an autonomous profession

In 1976, the World Health Organization agreed with the International Council of Nurses and the International Confederation of Midwives that midwifery should be recognized as an autonomous discipline in and of itself. In 1994, Ontario and Alberta were the first provinces to implement legislation to regulate midwifery. Liberal leader Pat Duncan considered it for the Yukon when she was premier.

The N.W.T. and Nunavut have regulated midwifery since 2005 and 2011, respectively. Sandy Silver ran on the commitment in 2016 and included it in the throne speech. This past election saw midwifery regulations listed as an accomplishment of his government.

Now, the two qualified midwives in the Yukon are driving away.

The Minister of Health and Social Services, Tracy-Anne McPhee, stated in the legislature on Nov. 9 that Yukoners can access a midwife in another province or territory.

McPhee admitted that recruitment is taking longer than anticipated, and suggested that midwifery services will be launched very early in 2022.

That delay has left a considerable period of time, from April 2021 to perhaps February 2022 or longer, where Cranfield said “expectant Yukon mothers have fewer birth and care options than before the regulations were enacted.”

Cranfield explained how other jurisdictions avoided creating this kind of gap by deliberately allowing for time for hiring and program implementation before the regulations were due to come into force. In some jurisdictions, that space for hiring and implementation took several years, but the result was that midwifery services for mothers remained constant during the transition.

In Canada, the midwifery model promotes women as the primary decision-maker for maternal health. In the Yukon, a department spokesperson stated that “the requirements outlined under the Midwives Regulation are intended to ensure the safety and well-being of Yukoners accessing midwifery services.”

Spokesperson Julie Ménard continued to say that “the Midwives Regulation was carefully developed to suit the Yukon’s specific context and was informed by the feedback of our local and national partners — including the Canadian Midwifery Regulators Council, the Canadian Association of Midwives, and the Community Midwifery Association of Yukon (now the Yukon Association for Birth Choices).”

Kaiser agrees that the government went to considerable lengths to solicit thoughts from expert groups across the country and in the Yukon.

“They definitely had all the resources. They hired the Canadian Association of Midwives to write them a paper on how would it be best implemented in the Yukon,” Kaiser said.

But Kaiser believes the problem wasn’t in the asking.

“But then, when they’re actually there, they’re not listening to them. They kept doing things differently,” she continued.

“Midwifery is regulated and funded and integrated in every other province and territory except P.E.I. You don’t have to reinvent the wheel.”

The first job postings for midwives went out in September. There were no eligible applicants. A second attempt is underway now. Given the wording in the regulations, it is assured that the midwives will not be from the Yukon.

Midwives who have lived and worked in other jurisdictions may not find the conditions comparable to other places with established enabling work environments, and could expect a cut in pay.

Kaiser said that the Canadian Association of Midwives has written to the Yukon government to let them know that their salary model is sub-par to the rest of the country. The NDP has raised the issue in the legislature.

In the meantime, Yukon’s midwives are on the move to other jurisdictions; government hiring continues; and the choices for maternal health care for Yukon women are more limited now than before the regulations were passed.

This item is reprinted with permission from Yukon News. See article HERE.