Jayden Soroka, owner of Outpost 31, demonstrated how the new digital technologies can preserve the past and integrate the past into the future.

Soroka is capturing human movement in all its nuance by using a motion capture suit.

“[The suit] allows us to capture a performance story in a way that’s never been available,” Soroka said. “Basically, everything from how they move their hands to how their face moves, to the tiny squinting of eyes, to how their body moves.”

This means that the child in the back row, who can barely see the instructor at the front, can get a better view, either immediately or later on.

Soroka explains, “You can actually give it to your students on their computers, they can slow it down, and they can actually walk around Gary to see how he’s moving, and go backwards and forwards. It’s a way to teach.”

If the same kid wants to see his favourite Marvel action hero doing Tlingit dance moves, then that, too, is possible.

The collaboration between Soroka and Johnson has been ongoing for over three years, exploring different ways to preserve history through digital acquisition.

Soroka designed the training program, and then the funding helped him hire four interns. Now those interns are employees who have surpassed his expectations many times over, he said.

The creative team behind the scenes

Three of the original four interns travelled to Carcross for the demonstration, and their new colleague Kelly Lu tagged along. They talked about the transformative nature of the training.

“Well, I used to be an apprentice welder, and now I’m making movies. I’m loving it. The work itself is very fulfilling and creative; and my satisfaction with life has gone up,” he said.

Annie Johnsgaard, who grew up along the Carcross Road said, “It has really changed my idea of where I can put my creativity. This is something that has a lot of practical, employable applications. It’s way of doing story-telling and doing creativity in a way that is can be both a livelihood and a way to reach more people.”

As a student at Dawson’s Klondike School of Arts and Culture, Johngaard had studied drawing, painting, sculpture and now she’s building things in a digital 3-D space.

“It’s not a piece of art that stays with one person,” she said. She sees lot of possibilities for communication now. “It’s been wild, the amount of options that are out there.”

Fleming added, “We’re pushing into new emerging worlds and setting the bar for what can happen in the north. Because that work has never been done here before, and that’s super-huge.”

Ajoonagosh, the team’s game engine whiz, said, “I’m working animation, so there’s a great change there. It shows me that there is path that I can take and live in my home community and also touch four corners of the globe.”

He goes on to explain how the technical requirements and cost of animations has plummeted. He said there was a time, years ago, that 15 seconds of animation would take a year of development. Now, some software applications are free and open-source, although he admits that some very specific and expensive niche hardware is still needed.

But still, he says, “It’s way more accessible than ever before.”

These interns (now employees) are looking to the future. Now projects for the north can be made in the North, without needing digital media experts from Outside. And the Yukon’s creative and collaborative soul permeates the work.

Kelly Lu, who just joined from the south, talked about the openness she felt being part of a creative team in Yukon.

“I love that everything is an open conversation, I feel very respected all the time in the workplace,” Lu said.

“It changed my line of thinking coming from coastline communities where it is all about competition. It just feels very collaborative.”

In 2010, Soroka came to the Yukon from Regina where he was making animated films. Being a small-town kid, he fell in love with the Yukon when he arrived. “It was a place that was ripe with culture and creativity, because it is a city and for the first time, I felt that I was home.”

Youth are the future of the territory

“We need to be giving youth access to the opportunities,” says Soroka. He laments that every year Yukon is losing its youth and its talent. “There’s opportunity to bring them back.”

Soroka feels the future is full of possibilities.

“This field across the planet is growing like crazy,” he said.

And because the field is in its infancy, the North has a tremendous opportunity to be in this wave.

He says that if “we build a sector here and start training youth in school – it has to happen in school – we can see the Yukon become a place of digital content creation, digital industry, because the time is right now.”

He says “We could be ready for when it does take off. We need to start supporting youth in schools learning stuff, because this industry is going to explode.” 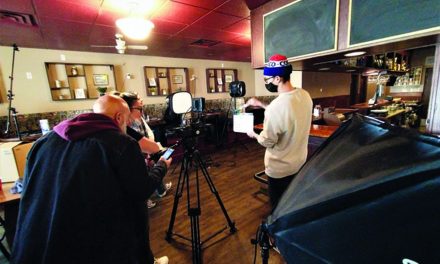 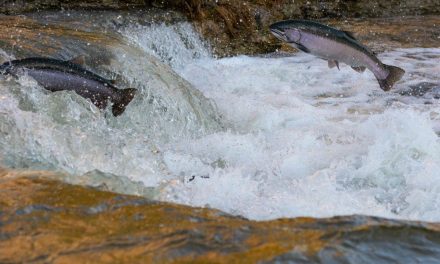 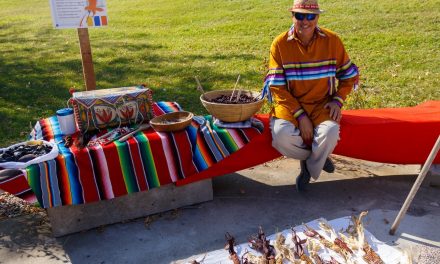